Terry takes in a parade - gets thanked for gas tax cash 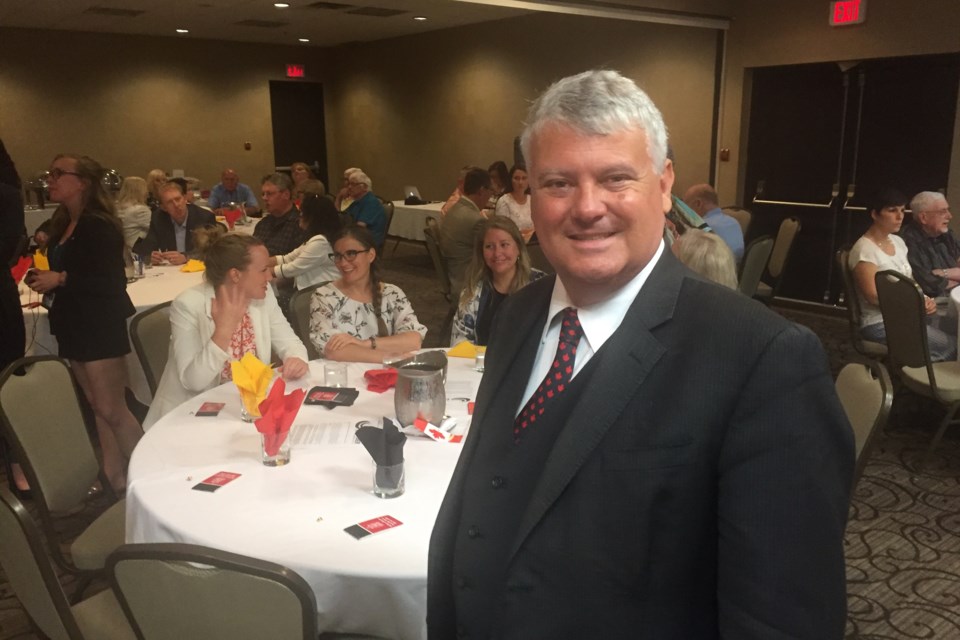 “I’m a community guy, and I love seeing people enjoy each other’s company on a beautiful day,” Terry said “some people might not know this, but the Sault Ste. Marie riding goes all the way past the Montreal River. Whenever I get a chance to catch up with people in our North, I’ll be there!”

Terry also commented on federal funding for northern and area roads, which was doubled this year.

“One of the biggest things I hear from people across the Sault Ste. Marie riding, from Prince Township, to Goulais, to Sault Ste Marie proper is the need for safer roads. Safe, modern roads are vital to any healthy community – in Goulais, for example, the Goulais River Fire and Rescue rely on good roads to get them where they have to go,” Terry said, “I’m pleased that as the federal government, we’ve earmarked funds specifically for infrastructure projects like road repair. For example, we doubled our annual Gas Tax Transfer to communities and roads boards across the riding – that’s almost $10 million to the riding this year for road and infrastructure support. If you see road construction in the city, or elsewhere in the riding, there’s a good chance it’s happening as a direct result of federal support.”

Neal Moss, Chair of the Goulais Mission Local Roads Board, is grateful for the increased federal funding.

“On behalf of the Goulais Mission Local Roads Board, I would like to thank Terry Sheehan and the Federal Liberal government for the doubling of the gas tax transfer money to our local roads board. This is in stark contrast to provincial government cutbacks. It is nice to see that our Federal government is thinking of the safety on rural roads in Northern Ontario,” Moss said.

After chatting with Moss about roads in the area, Sheehan emphasized the good work volunteers in Northern communities do to run their own local roads boards.

“In Northern communities like Goulais River, volunteers dedicate their time on roads boards to ensure safe commutes for their friends, family, and Canadians visiting or passing through. I give my sincere thanks to Neal Moss and volunteers like him for the work they do to make Northern Ontario a safer place.