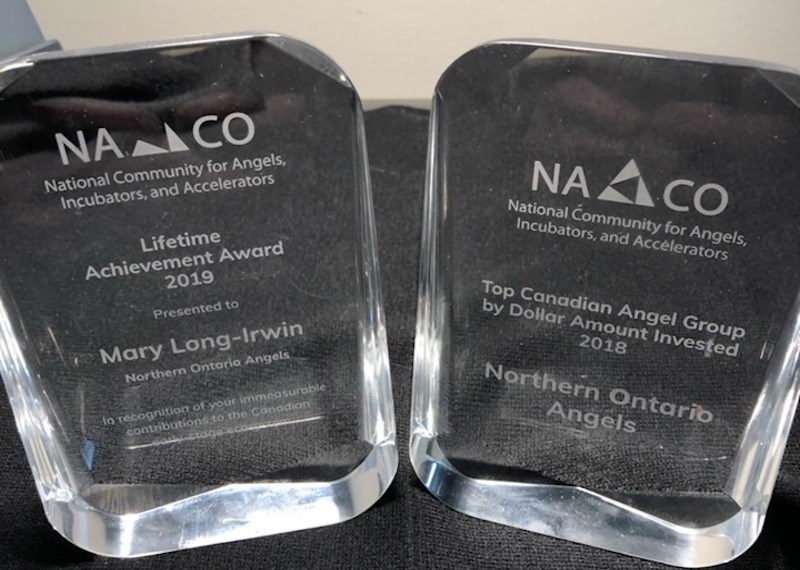 The non-profit organization is made up of Board of Directors from across the north, Chaired by Chris Winrow. NOA Executive Director, Mary Long-Irwin states that she has support from part-time Consultants on the ground covering Sudbury, Sault Ste. Marie, North Bay, Kenora and Timmins/Kapuskasing. The Consultants also recruit accredited investors to join NOA through an application process. There are no fees to apply to become a member of NOA.

“We are very proud to be named the #1 Angel Organization in Canada for the past seven years and now we are #1 in North America. This accreditation has put NOA on the map of connecting our Northern Ontario Entrepreneurs to the World," said Chris Winrow, chairman NOA Board of Directors.

Our continued growth is to the success of our NOA Executive Director, Mary Long-Irwin for her trust and passion, and to our team of consultants, staff and Board of Directors who work diligently every day. Together we are a global success! Thank you to our partners FedNor, NOHFC, Angel Investors Ontario, and our Gold Sponsor BDO. For a full list of partners and sponsors visit our website, thank you for your continued support. Thank you to our angel investors – your commitment to our organization shares this achievement!"