People have been paying tribute to respected elder and Shingwauk Indian Residential School survivor Shirley Roach since news of her death broke earlier this week.

Roach died surrounded by family Aug. 29. She was 83 years old.

Children of Shingwauk Alumni Association (CSAA) President Jay Jones remembers Roach as a “pillar of strength” who had the courage to share her honest and unflinching account of surviving residential school in front of audiences large and small.

“She didn’t command respect - but by her actions, people respected her,” said Jones, fighting back emotion as he spoke with SooToday Tuesday. “I just think the world of her. I will miss her.”

“The other survivors I work with in Children of Shingwauk Alumni Association will miss her, and she just left a big void in many, many hearts.”

This past weekend, Jones and CSAA members lit a fire at the arbor located on the former grounds of Shingwauk Indian Residential School and held a special ceremony in Roach’s honour.

“We had a sharing circle, and we all talked about our relationship with Shirley and how strong she always was,” he said.

“She adored my mom, and she looked up to my mom quite a bit,” he said of their relationship. “Her and my mom had a very special relationship. When things got tough, they went to each other - they would talk with each other and just help each other get through tough times.”

Jones recalls times when Roach would speak at large gatherings and conferences, telling people about her experiences at residential school. He says that Roach’s story was one that had to be heard, even if it wasn’t a feel-good story.

“To me, she’s probably one of the most courageous people that I’ve ever known. What she went through as a child, I hope and pray that no other child has to go through that ever again,” said Jones. “And that’s why she was so brave in telling her story to so many people and educating others on the true history of Canada.”

Public tributes to Roach have been appearing on social media since news of her death broke Monday.

Garden River First Nation Chief Andy Rickard released a statement on behalf of the community Tuesday. He said that Roach, a member of the First Nation, was one of the highly respected community elders who helped with this year’s pow wow that honoured residential school survivors and unmarked burials.

“Shirley’s community service was exceptional and was a strong advocate in restoring our sacred language and traditions for our young people. Shirley’s dedication and efforts to keep Every Child Matters at the forefront on our road to healing was impressive and she was known to remind all of us of the important work we all had to do to find reconciliation,” read an excerpt of the statement. “Shirley will be remembered for her tremendous work ethic and her most important role as a mother and nokomis to her children and grandchildren.”

“At this time of difficulty, we extend our sincere and heartfelt sympathies to the family of Shirley as she begins her spirit journey to change worlds to be greeted by our ancestors who have been waiting for her.”

“On behalf of The City of Sault Ste. Marie, I want to offer my condolences to the loved ones of Shirley Roach, along with the Garden River First Nation community and staff/students at Algoma University,” said Sault Ste. Marie Mayor Christian Provenzano in a statement issued on social media Tuesday. “Shirley was a dedicated advocate for Indigenous education and Shingwauk Kinoomaage Gamig in particular. She will be missed.”

Roach has been credited for playing significant roles with each partner on the former site of the Shingwauk school, having sat on boards for Algoma University, Shingwauk Education Trust, Children of Shingwauk Alumni Association and Shingwauk Kinoomaage Gamig.

“Shirley-baa spent much of her life reconnecting with her traditional ways; she believed that language and culture are inextricably entwined,” reads an excerpt from a social media post shared publicly by Algoma University earlier this week. “She was delighted in sharing her knowledge with others at every opportunity and was often asked to open gatherings with her powerful words of prayer. She was a passionate advocate for Shingwauk Kinoomaage Gamig - she believed deeply in the right and responsibility of Anishinaabe people to take charge of their education and the education of their children and youth.”

When asked what legacy Roach leaves behind, Jones says that Roach and other Shingwauk survivors have made several sacrifices in life in order to shed light on the residential school system in Canada.

The Roach family has established The Shirley Jane Roach-baa Scholarship for public donations in lieu of flowers. The fund will be used to provide scholarships to Indigenous students studying programs through Shingwauk Kinoomaage Gamig in Anishinaabe culture and language studies. 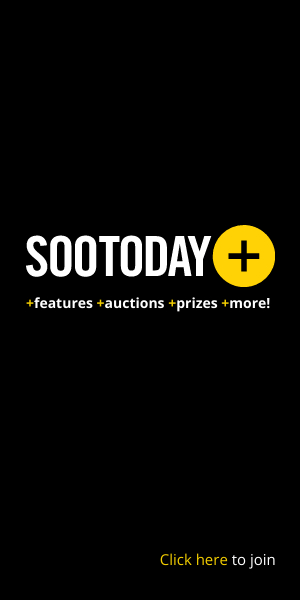