Zimmermann heading back to Worlds

Karl Zimmermann is heading back to the Under-23 World Rowing Championships in late-August, looking to defend the gold medal he won in the event last summer
Aug 14, 2016 1:00 PM By: Brad Coccimiglio 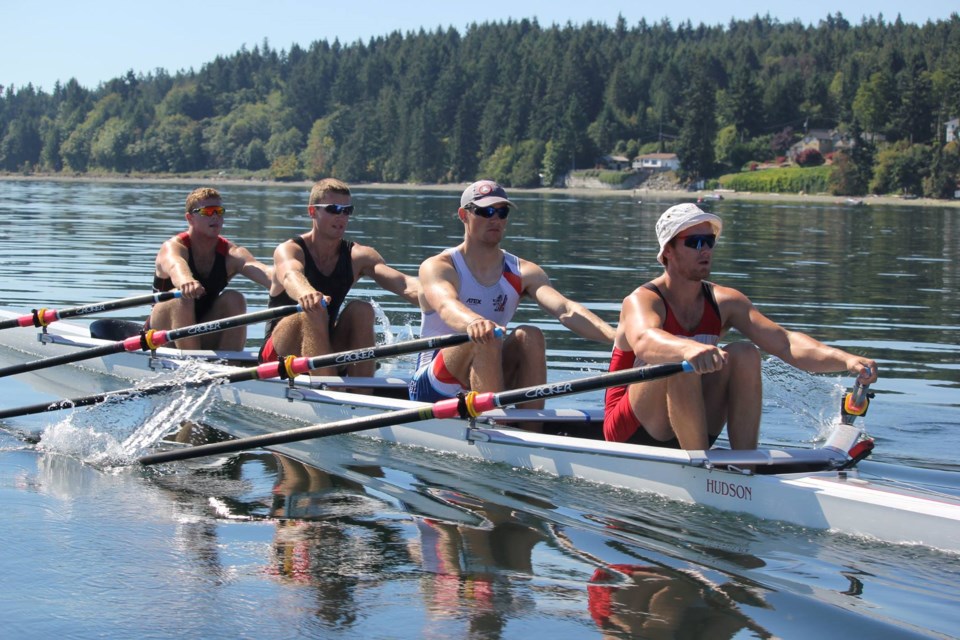 The past two years have seen Karl Zimmermannn make great strides in a sport that he’s only been involved with for four years.

The 21-year-old Echo Bay product has been training in Victoria, BC as he and his Canadian teammates prepare to defend their title at the 2016 Under-23 World Rowing Championships in Rotterdam, Netherlands later this month.

“It’s a totally different experience now,” Zimmermann said. “We’ve got a title to defend and we’ve got targets on our backs and everyone is gunning for us. We’re excited to take on the challenge of defending our title instead of taking the title from someone else.

Zimmermann and teammates Lucien Brodeur, Graham Peeters and Matthew Finley will look to win gold for the second consecutive year in the U23 Men’s Quadruple Sculls after winning the title last year in Bulgaria.

Zimmermann, Finley and Peeters were members of the Canadian team that won gold last summer.

“Last year we went in as underdogs,” Zimmermann said. “We didn’t really know what we could do but we went over there and had a great run. This year, three of us are back from the boat last year and we’ve had some good practices and some long, hard training sessions here in Victoria. We’ve hit some good speeds and we’re hoping to go over and show the world that we can do it again.”

The former Korah Collegiate student said he and his teammates have shown an improvement since winning gold last summer.

“I’ve spent the last year making a lot of changes that I think are positive changes,” Zimmermann said. “As a result we’ve seen a lot of increase in speed. Three of us are back and I’d like to think that all of us have made improvements over the past year both in terms of strength and in terms of skill.”

“I always had an advantage over other people in my age category with the fitness so I’ve been focussing more on the technical side of things in the past year,” Zimmermann said. “I’m still relatively new to the sport (compared to the rest of the team) so I’m playing catch up but nobody wants to accept that they’ve got everything (perfect) so we’re working on becoming our best.”

The team left early Thursday morning with the plan to train in Belgium for eight days ahead of the 2016 World Rowing Championship, which opens on Aug. 21 in Rotterdam.

“All of Team Canada has their training camp (in Belgium),” Zimmermann said. “Get acclimatized to the European time zone and get in some training in a basin there in a training camp environment.”

This will be Zimmermann’s final chance in the event as athletes age out in the year they turn 23 as opposed to how old they are at the time of the event. Born in December, Zimmermann will turn 23 in December 2017, meaning he would not be eligible for the event next summer.

Zimmermann said his passion for the sport is still strong. He plans to complete his schooling at McMaster University where he is studying biochemical engineering, before looking too far ahead

“I still love the sport,” Zimmermann said. “My immediate priority is to finish school. I’ve got another two years. Once school is done I can look at committing full time to the national team if I feel ready at that stage and preparing for the Tokyo Olympics (in 2020).

“(Rowing Canada) is already trying to groom us and prepare us for that and we’ve always had that mindset through the whole summer,” Zimmermann said.

But first is trying to defend the gold medal and add to the collection.