Defence and depth are two keys for the Sault Sabercats varsity team as the new season opens
0
May 15, 2019 9:00 PM By: Brad Coccimiglio 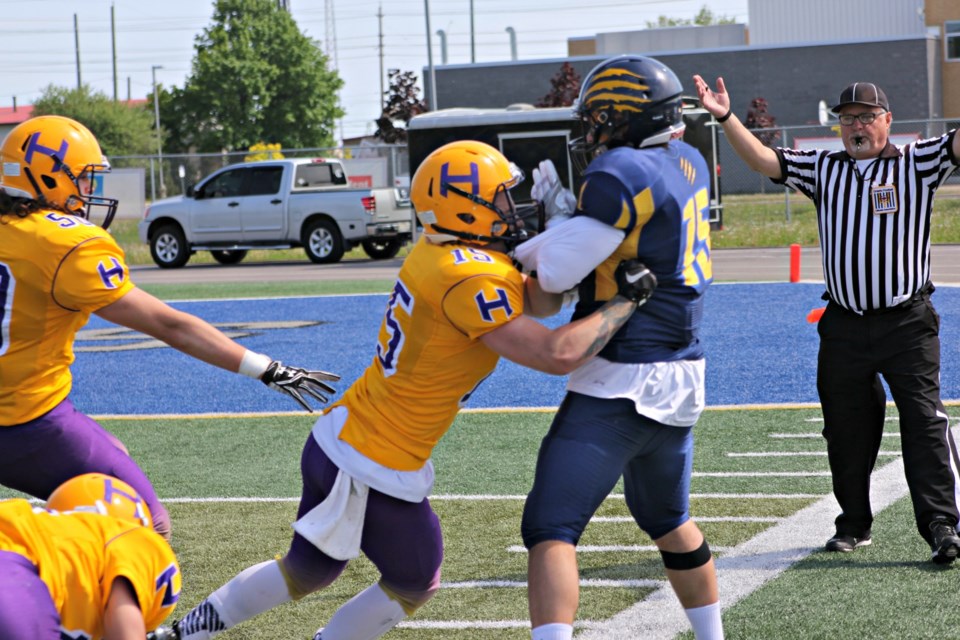 After a 6-2 season in 2018, the Sault Sabercats varsity team will look to a strong defensive effort and depth to help propel it into a playoff run.

Set to open the Ontario Football Conference season this weekend at home, the Sabercats expect to be solid defensively, something the team prides itself on.

Coach Matt Premo spoke of the Sabercats secondary being athletic and he expects to rely on the defence early on in the season.

“Our front seven is going to be really good,” Premo said. “We’ve got some great athletes in our secondary as well. We’re going to lean on them heavily in the first part of the year to keep us in games.”

With the defence expected to be solid, it will allow the offence to find its rhythm early on in the season as well.

“We’ve got some talent,” Premo said. “We’ve got some exciting players on the offensive side of the ball that came up from JV. We’re expecting them to contribute and get our offence going early. We’ve got a lot of veterans as well, guys that have been in the system for five years and understand the systems, so we’ll rely heavily on them too.”

Depth will also be a key for the varsity club as it looks to make a playoff run.

“We’ve got a 55-man roster currently, so it’s exciting from a coaching standpoint,” Premo said. “There’s a lot of depth and that’s what you need. If you make a long run in the season, you’re going to need that depth because injuries will come into play.”

The excitement ahead of Saturday’s opener, a 4 p.m. kickoff at Superior Heights against Brantford, is building after practicing regularly over the past two months.

“Our guys are excited to start hitting some other guys and not their own teammates,” Premo joked. “When you put two months of practice together and see the same guys every day, it can get a little hard to get motivated. They’re going to be ready.”

A team the Sabercats are familiar with, Premo expects Brantford to be a tough test.

“They’re a playoff calibre team,” Premo said of the Sabercats opening-week opponent. “We played them here in the playoffs and they gave us a good game and we’re expecting the same thing. We have to be ready. The last couple of years we’ve failed to win week one and it’s cost us later in the season for potentially home playoff games, so we have to be ready.”

The Sabercats will head on the road for a pair of games following Saturday’s contest, beginning on May 25 in Oakville.