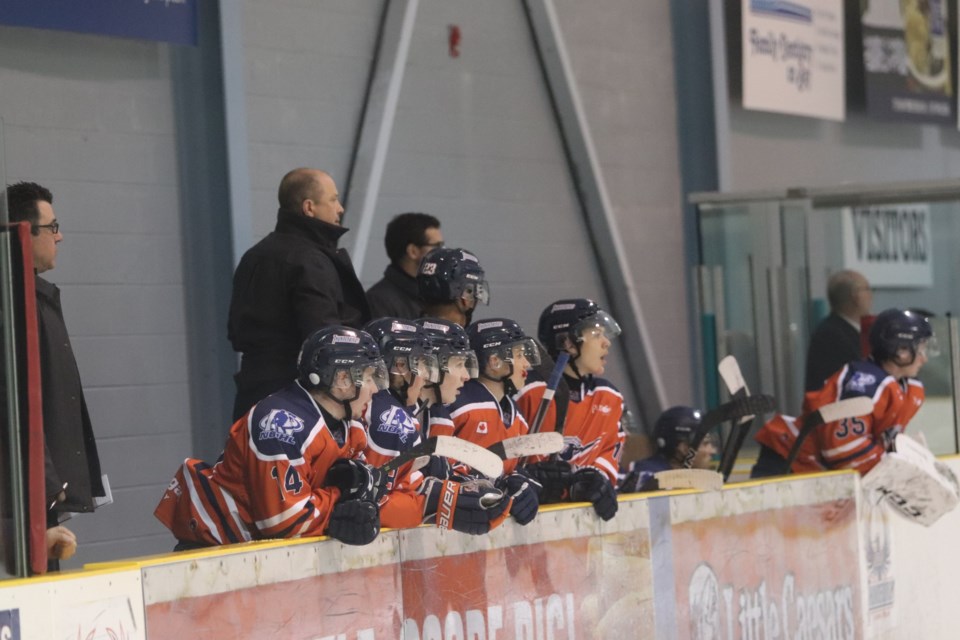 A three-game road trip ended on a tough note for the Soo Thunderbirds on Sunday night.

The Rayside-Balfour Canadians opened up a 3-0 lead and beat the Thunderbirds 5-2 Sunday in Northern Ontario Junior Hockey League action.

Oliver Smith’s shorthanded goal 13 seconds into the second period was the eventual game-winner for the Canadians.

Zacharie Giroux had a goal and an assist for Rayside-Balfour. Zachary Snow also had two points, assisting on a pair of goals.

Avery Rebek and Cooper Smyl scored for the Thunderbirds.

Sunday’s loss snapped a six-game winning streak for the Thunderbirds.

The Thunderbirds return to action on Nov. 22 at home against the Powassan Voodoos.