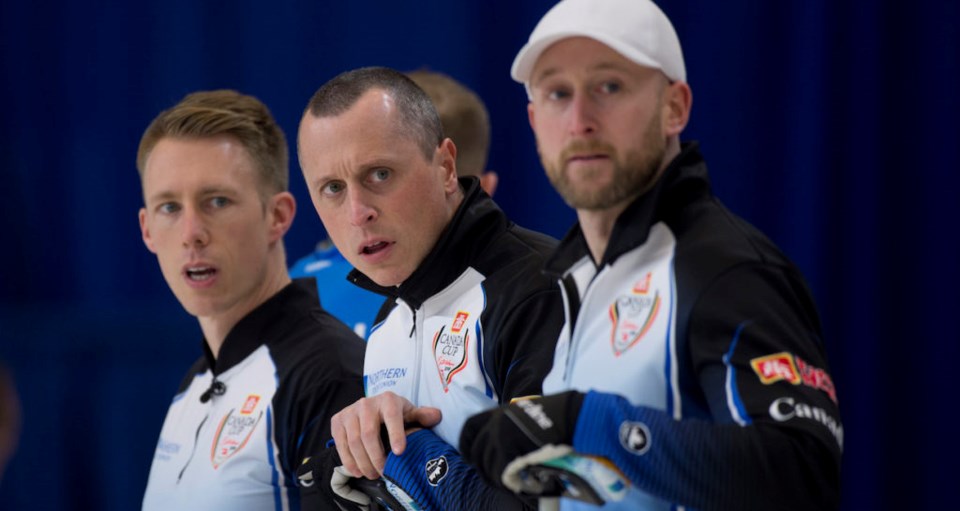 After opening the latest Grand Slam of Curling event with a loss on Wednesday, Brad Jacobs is in a good position as he prepares to wrap up round robin action at the Tour Challenge in Pictou County, NS on Friday.

The Jacobs rink, which includes third Marc Kennedy, second E.J. Harnden, and lead Ryan Harnden, picked up a pair of victories at the six-day event on Thursday.

Jacobs opened the day with a 6-3 win over Winnipeg’s Jason Gunnlaugson.

With the hammer to start, Jacobs opened up an early lead with a pair in the opening end.

After Gunnlaugson got one back in the second end, the teams traded singled in the third and fourth ends, giving Jacobs a 3-2 lead heading into the fifth.

Jacobs extended the lead with a pair in the fifth end and added on a steal of one in the sixth to take a 6-2 lead.

Gunnlaugson capped off the scoring with a single in the seventh end.

Jacobs capped off the day with a 6-3 win over Yannick Schwaller of Bern, Switzerland in the evening draw to move his record to 2-1 at the event.

Schwaller took the early lead as he stole one in the opening end.

After Jacobs blanked the second end, the Sault-based rink too the lead with four in the third end before stealing one more in the fourth end to take a 5-1 lead.

Schwaller got one back in the fifth but the teams traded singles in the sixth and seventh ends to cap off the scoring.

The Jacobs rink will wrap up the round robin on Friday against Matt Dunstone of Regina, Sask.

The Tour Challenge features 15 men’s and 15 women’s teams split into pools of five teams each. The top eight teams move on to the playoff round, which begins on Saturday.