Steelers season on ice for another summer 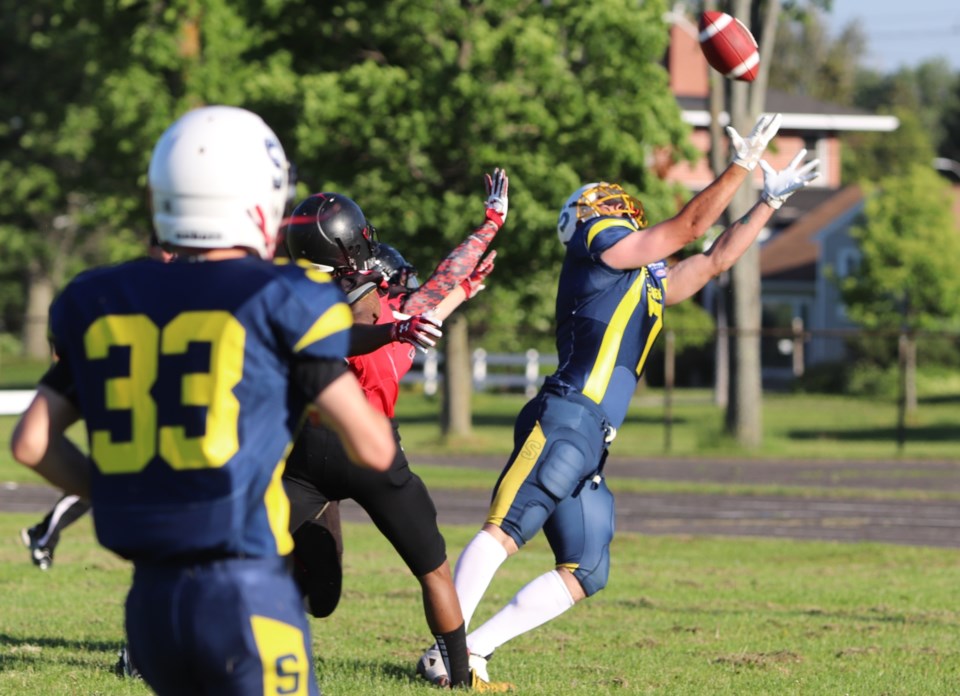 For the second consecutive summer, COVID-19 has forced the cancellation of the football season for the Sault Steelers.

In a meeting held Saturday morning, the Northern Football Conference made the decision to cancel the 2021 season.

Steelers vice president and general manager Jon Bujold confirmed the news Saturday afternoon, saying the decision was a unanimous one.

“We kind of saw this coming,” Bujold said. “It wasn’t a surprise or a shock to us.”

For the Steelers, had the league decided to go ahead with a season, it would have made things tough for the NFC’s local entry.

“It would have been more harmful than good for us to try to try to force a team this year just based on the fact that we likely wouldn’t have crowds,” Bujold said. “It would be incredibly insensitive to go to small businesses right now and ask for money. Travelling would be vastly more expensive than in years past because we have to try to figure out ways to social distance if we use buses and that might mean needing two buses instead of one.”

Bujold also said it would have been tough traveling to other cities and having teams from potential COVID hotspots come to the Sault and justify it to others around the city.

“Even the political nature of trying to go to other communities or have them come here and explain that to our community that’s been very proud of how we’ve done when it comes to handling COVID in the north,” Bujold said.

Current provincial regulations in place also to not allow for contact in amateur sport in the province, which would make having a season next to impossible until those regulations are lifted.

With the cancellation of the season official, Bujold said the team will shift some of its focus to aspects off the field.

“It gives us more time to refocus our priorities,” Bujold said. “Fundraising is going to become a target for the summer. We’ll probably try to have some sort of charity event like a flag football tournament or something along those lines depending on what the municipality allows. Things like that (will be a focus).”

Bujold said he doesn’t feel like two years off from football will dimmish interest in the sport.

“I don’t see that being the case,” Bujold said. “Everyone I talk to, they can’t wait for us to come back, but they understand that this another year where we have to be patient and wait it out. I have a feeling that when we do come back, there will be just as much interest, if not more. People are missing it and they’re craving football and when we do get the green light, people will come racing back to it.”