The Sault Steelers opened the 2016 Northern Football Conference season on Saturday night at Rocky DiPietro Field against the Sarnia Imperials
Jun 5, 2016 1:00 AM By: Brad Coccimiglio 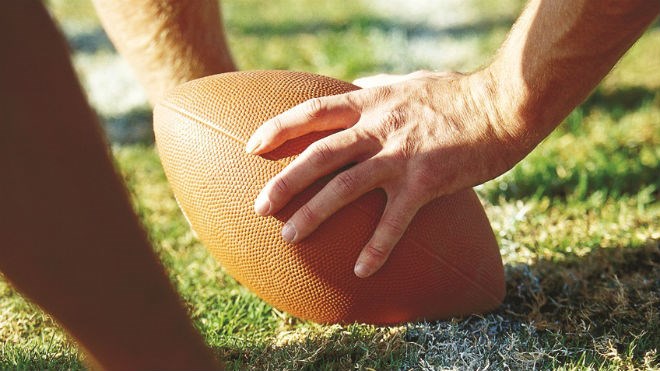 A pair of touchdowns in the opening half were the difference as the Steelers dropped a 17-0 decision to the visiting Sarnia Imperials at Rocky DiPietro Field.

It wasn’t the ideal result for the season opener but the Steelers were pleased with some of what they saw.

“Our defence played pretty well and some guys stepped up to the plate,” said Steelers Coach Frank Reid.

“We knew the defence would be strong,” Reid also said. “We have a lot of new people on the team and they have to get used to the systems but overall I thought everybody started to play pretty well.”

Kyle Custer-Jones was forced to fill in at quarterback for the Steelers in place of James White who couldn’t make the game.

Custer-Jones didn’t complete a pass for the Steelers but ran the ball seven times for 30 yards.

“We knew our offence wasn’t going to be where it should have been today but overall I was really happy with Kyle’s performance,” said Reid.

“We dropped some of the critical passes because our timing was off,” Reid also said.

Reid said the absence of White “throws your offence off a bit.”

Sarnia receiver Ryan Lounsbury caught seven passes for 144 yards, including a 21-yard touchdown pass. Austin Coulter had the other touchdown catch on a 16-yard pass in the second quarter.

Roberto Bonanni ran the ball 18 times for 63 yards for Sarnia.

Defensively for Sarnia, Jim Purves had 3.5 tackles while Adam Hart, Cody Burt, and Chris VanMeppellen-Scheppink had three tackles each.

The Steelers return to action on June 11 on the road against the Tri-City Outlaws.

In other week two action in the NFC, Hamilton beat Ottawa 16-0, Sudbury beat Tri-City 21-14 in overtime and the GTA All-Stars beat Oakville 37-7.