Racing returns to Thursdays at Laird

The track has shifted back to Thursday night as the racing season winds down
0
Aug 2, 2019 8:30 PM By: Brad Coccimiglio 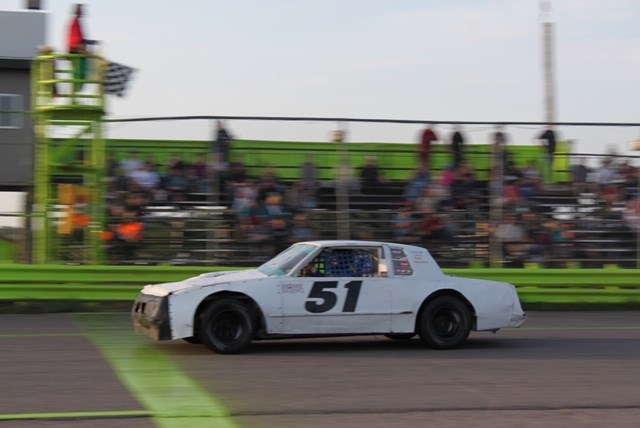 After running on Friday nights to start the summer, racing returned to a familiar night for Laird International Raceway as the schedule continued on Thursday night at the track.

It capped off a good night for the veteran driver as Hiiemaa also had a second-place finish in the second super late model heat race and was the top qualifier in the division with a qualifying time of 14.366 seconds.

Ron Raynor also had a good night in the super late model division as he took top spot in both heat races.

In the modified division, John Ross took the 20-lap feature race, ahead of Roddy Bolduc, who finished second, and Mark Laakso, who finished third.

With a qualifying time of 15.308 seconds, Laakso was the top modified qualifier and finished in top spot in the first modified heat race, which saw Ross take second and Bolduc placed third.

In the factory stock division, Jarritt Varcoe, who ran double duty Thursday as he competed in the modified division as well, took the win in the 20-lap feature. Jerry Ross finished second and Jamie Fox finished third.

Varcoe was the top qualifier in the division with a qualifying time of 16.375 seconds.

After just two cars showed up to the track, the factory four division didn’t run on Thursday night.