The virus has had a major effect on the sporting world in general, leading to cancellations and games with no fans
Mar 10, 2020 9:48 PM By: Brad Coccimiglio 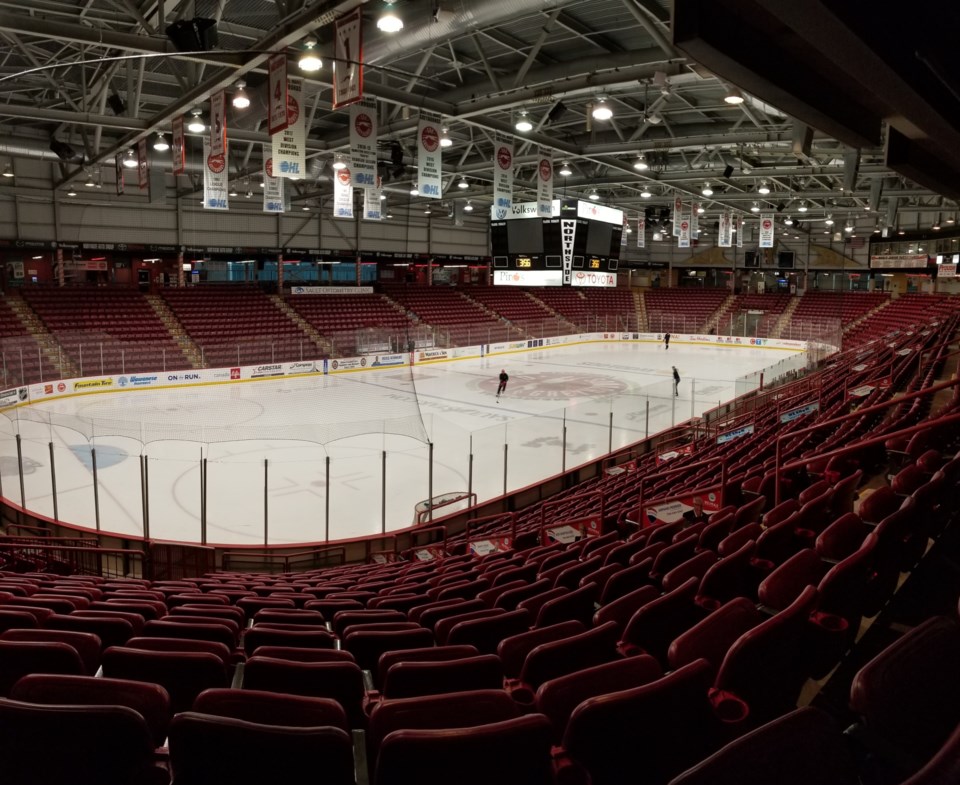 Sports leagues all over the world have taken precautions in the midst of the spread of COVID-19, commonly known as novel Coronavirus, and the Ontario Hockey League is no different.

The league released a statement on Tuesday evening and issued a number of recommendations to teams and officials going forward as the regular season winds down.

Among the recommendations were:

The statement added that “OHL general managers, as well as medical and training staff from all 20 member teams, had also been provided with frequent updates on preventative measures to be taken in team areas such as dressing rooms and team buses as well as hygienic best practices to be enacted throughout their facilities.”

The league has maintained contact with teams as well as the NHL, the Canadian Hockey League, and Hockey Canada throughout the outbreak to ensure all precautions are taken to prevent the spread of the virus.

The WHL media policy already has a restriction in place regarding access to dressing rooms, meaning the league already restricts media access to players and coaches to designated areas.

The WHL also stated that the medical and training staffs of its 22 teams have worked with health authorities in their regions for advice on the transmission of the virus and its symptoms.

The Quebec Major Junior Hockey League, the third of the CHL’s three member leagues, had not released a statement at the time of writing.

The NHL has taken precautions as well in wake of the virus.

The league has similar bans in place regarding dressing room access and the San Jose Sharks face the potential of playing in an empty stadium because of COVID-19.

Santa Clara County, Calif., home to the SAP Center where the Sharks play their home games, announced a ban on gatherings of more than 1,000 people, which will run through the end of March.

.@HealthySCC Issues Order to Cancel Mass Gatherings Due to Increasing Rates of #COVID19. "What’s considered a mass gathering?” A mass gathering is an event bringing 1,000 or more people together in a confined indoor or outdoor space. Type of venue list: https://t.co/KcYQmc33g0. pic.twitter.com/unF5FTV1gg

The Sharks issued a statement regarding the ban on Monday night, saying they would “adhere to the mandated guidelines.”

“No events are scheduled at SAP Center until Tues. March 17. We will be reviewing each scheduled event due to take place for the rest of the month and provide an update in the coming days,” the statement continued.

The International Ice Hockey Federation, which has been forced to cancel nine tournaments because of COVID-19, issued an update on Tuesday as well.

Among the tournaments cancelled was the Women’s World Championship in Halifax later this month.

The IIHF is slated to hold its annual spring meeting beginning on Monday and discussion is expected regarding the impact of the tournament cancellations and the financial implications incurred by the organizing committees and participating teams.

In Tuesday’s update, the IIHF addressed the cancellation issue further, outlining the factors that have gone into the decision to cancel a tournament.

Hockey isn’t the only sport that has been affected.

Scheduled to begin play this week, the BNP Paribas Open tennis tournament in Indian Wells, Calif., considered one of the biggest non-Grand Slam events on the tennis schedule, was cancelled over the weekend because of the virus.

Via social media, the tournament organizers issued a statement on Sunday.

Champions League soccer games in Europe have been played in empty stadiums as well because of the virus.

With assist from Ron Francis, Bayview rink proposal gets forwarded to budget talks
May 10, 2021 10:00 PM