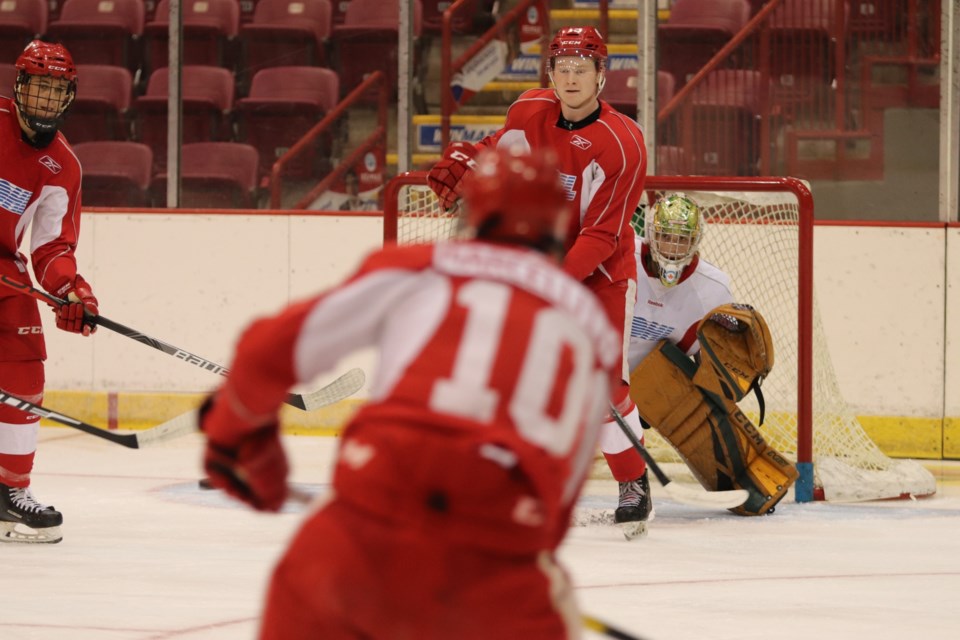 There’s some optimism when it comes to the Ontario Hockey League returning to the ice for the 2021-22 hockey season.

The league announced on Thursday morning that it expects teams will begin training camps on Sept. 4 with plans to open up regular season action just over a month later on Oct. 7.

The dates were part of a full announcement in which the league has plans for a full 68-game regular season and essentially a return to full action after COVID-19 forced the league to cancel the 2020-21 season.

The regular season will run until April 3, 2022 and the playoffs will begin four days later on April 7 and would end on May 30 at the latest.

“It’s a positive,” said Soo Greyhounds general manager Kyle Raftis of Thursday’s announcement. “There was lots of conversation over the last little bit with the year being cancelled. It’s a nice spot where now we can start planning for next year. A lot of times where you get questions of ‘Hey, what does this look like?’ or ‘What does that look like?’ We talked about this many times throughout the year that, in hockey, as much as you have to read and react when things happen, you’re basically working around your schedule at all times. Once you get that regular season schedule, you can start to build out exhibition, training camp and all of those things. That’s the exciting thing.”

Raftis also said that in-depth discussions as far as fans in the rinks haven’t happened at this point.

“Everybody is a little bit weary discussing that until we come out of this current lockdown,” Raftis said. “You can talk about any different situation you want for next October, but I think everyone is hopeful that we’ll be able to get fans in at that point, but I don’t think they’re willing to discuss too much of it just yet because of where our situation is right now. Things are looking better and continue to improve, but there hasn’t been much discussion on that.”

Though nothing official has been announced on which of the Canadian Hockey League’s three member leagues – which include the OHL, Quebec Major Junior Hockey League, and the Western Hockey League – will host the tournament, after the cancellation of the event in back-to-back seasons, it looks as though the tournament will continue its regular rotation in 2022.

QMJHL commissioner Gilles Courteau said in an interview with Jeff Marek and Elliotte Friedman of Sportsnet on 31 Thoughts: The Podcast in late April that the plan is for the tournament to be hosted by the QMJHL.

“It’s going to shift to our league,” Courteau said. “The offer was made to Kelowna to see if there was interest for them to host the Memorial Cup this year. It was turned down. At that time, what we decided was to respect the rotation procedure and award it to the OHL for this year (2020-21). We weren’t able to have a Memorial Cup tournament this year, so we’ve decided to keep the rotation in place.