OHL draft to have some local flavour

Among the locals who are expected to be selected is Soo Jr. Greyhounds forward Cooper Foster
Jun 3, 2021 10:06 PM By: Brad Coccimiglio 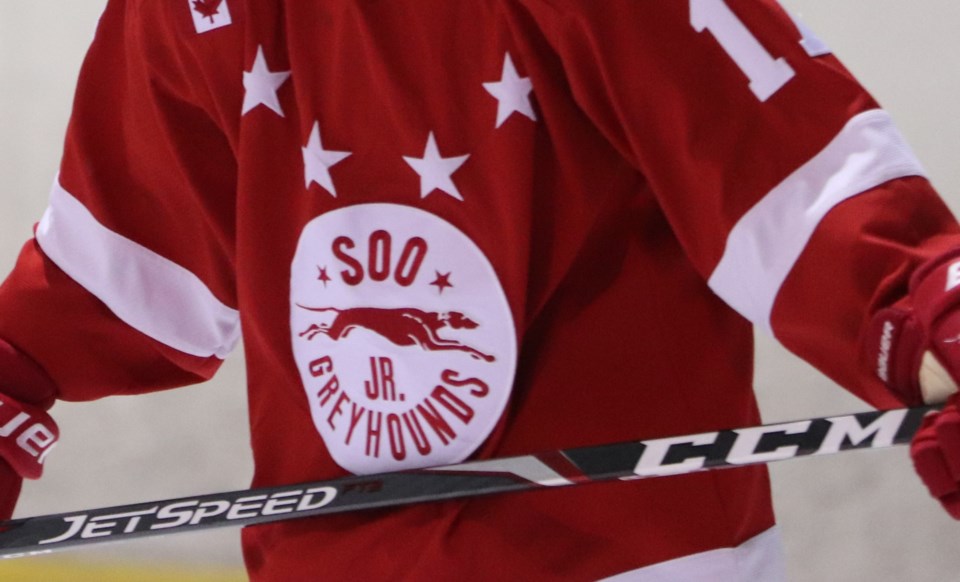 When the 2021 Ontario Hockey League Priority Selection opens shortly after 7 p.m. on Friday night, a handful of local players will be keeping tabs on the two-day event.

For Soo Jr. Greyhounds forward Cooper Foster, who could very likely have his name called on day one Friday night, the final hours heading into the draft bring with them a lot of emotions.

“I’m a little bit nervous obviously, but I’m filled with excitement too,” the 16-year-old said. “Anywhere I go, I’ll be grateful for the opportunity.”

It marks the first time the draft has been split into two days.

For Foster, the expectation of most is that the Sault product will be selected on day one.

When his name is called, what type of player is that team getting in Foster?

“I see the ice very well and I’m a smart player,” Foster said, adding that his defensive game is also a positive.

“He’s a high-end player for sure,” Henderson said. “He’s a really talented and skilled player. He sees the game exceptionally well. He makes his teammates better. For him, it’s about continuing to improve his habits on and off the ice. We saw that throughout the year gradually getting better in that area. He’s a guy that thinks the game at a really high level.

“He really took his game to another level this year,” Henderson added. “The big thing for him is his confidence really grew. We really saw a player that was confident before the year, but wasn’t really sure where he kind of fit in in terms of ‘How good a player can I be?’ As the year went on, we really saw that more and more. He really took control when we did play games and led the way for us. His future is as bright as he wants it to be. His work ethic will determine that.”

With limited game action, the 2020-21 season was a learning experience for a lot of players and for Foster, it was an opportunity to work on his game as a whole and improve.

“Jamie really pushes the little things to bring my game to the next level, whether it’s keeping my head up the whole time I’m on the ice or taking a little look before I get the puck and knowing what play I’m going to make before I even get the puck,” Foster said. “Just little things like that to help me bring my game to the next level and help me wherever I play next year.”

Foster also said that, in the limited game action the Jr. Greyhounds got in this season, “It was a bit of a struggle without the contact and the intensity of not being able to finish your hit.”

With Foster garnering attention from scouts, Henderson said it allowed other draft eligible players on the team to turn some heads as well.

“That really opens the door for other players,” Henderson said. “Maybe other players who have maybe not been in the limelight so to speak in their minor hockey career. All of a sudden, there is maybe 10 or 15 teams there to watch a certain player and then you have a great game, and you open the eyes of all of these teams. That’s really what it’s all about.”

A number of players have drawn interest heading into the weekend, including the likes of defenceman Austin Fellinger and forward Lincoln Moore among others.

In what was a very untraditional season, Henderson said it was an opportunity in a sense for the players.

“Minus the actual lockdowns, we were on the ice a ton,” Henderson said. “We were practicing, if there were no games, five times a week. We saw a lot of guys take big steps in terms of their overall games. We were able to focus a lot on skill development, so we saw a lot of players take big steps individually. When we played games, you could really see some of them get a little more comfortable in terms of some of the things you’ve been teaching them throughout the year.”

Henderson said the message to draft-eligible players on his roster isn’t very different from what it would be in a normal season.

“I don’t think it does (change),” Henderson said, referencing a pair of Jr. Greyhounds players who were passed over last year in Adam Barone and Calem Mangone.

“At the end of the day, if your name is not called on June 4th or 5th, on June 6th, whether it’s called or it isn’t, nothing changes,” Henderson added. “You need to still continue to work. You need to still get better.”