Some upgrades to the GFL Memorial Gardens have already happened, including a new video board while upgraded lighting and board stanchions are also happening
Aug 10, 2020 7:52 PM By: Brad Coccimiglio 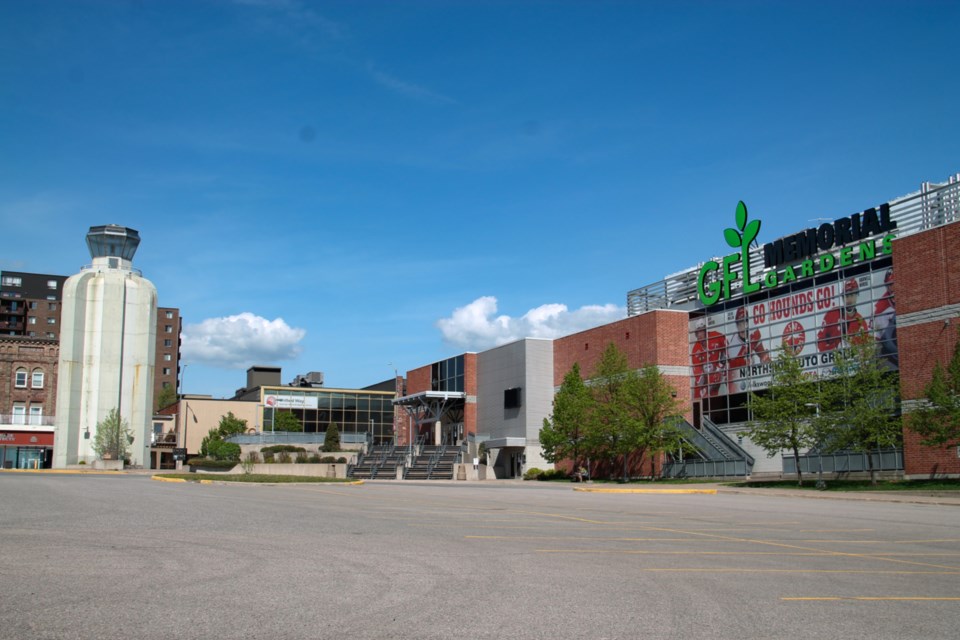 The hope that it could help the city recover from the COVID-19 pandemic, the Soo Greyhounds have the backing of the city when it comes to the organization attempting to secure the hosting rights of the 2021 Memorial Cup.

In a discussion at City Council on Monday night, Council voted in favour of supporting a request for $300,000 in funding as a part of the Greyhounds bid.

“Hosting the 2021 Memorial Cup would align with economic development and tourism strategies and would successfully achieve the City’s goal of economic stimulation within our economy,” the report, which was put together by Deputy CAO of Community Development and Enterprise Services Tom Vair, said in a written report to council on Monday night. “In particular, hosting the 2021 Memorial Cup would assist segments hardest hit by COVID-19 including the hotel and hospitality sector and would be a significant boost to recovery from COVID-19.”

In applying for funding, the anticipation is that the 10-day tournament could generate up to 2,400 hotel night stays locally.

Asked by Coun. Matthew Shoemaker about the possibility of other opportunities in the foreseeable future that would affect the local hotels the way the Memorial Cup would, Vair said “there are no projects with the scale and scope of the Memorial Cup.”

Greyhounds President and Governor Tim Lukenda spoke of the team looking into the possibility of hosting the tournament after an OHL meeting in which the league discussed ticket prices in other larger markets as being an issue.

“They thought the ticket pricing of some of these venues was getting a little out of reach,” Lukenda said. “They thought the downside of going to the larger centres was that it was putting it a little out of reach for the average junior hockey fan. They actually made a motion at our annual meeting to try to encourage smaller centres to have the opportunity to get back in the game. Because of that change in philosophy and sentiment, that was what first planted the seed with me for our city to try to compete for this.”

Lukenda responded to concerns about how COVID-19 could affect the tournament.

“This is certainly an ambitious endeavour at the best of times,” Lukenda said. “We are proceeding with an approach of trying to put our best foot forward and assuming that we’ll be able to operate as much as normal by next June 17th as possible. We recognize that we don’t know what the state of the world is going to be at that point. We talk about the full experience, we’re going in assuming it’s going to be a full ten-day event, a festival and a city-wide opportunity to really show off our city.”

“In the event that we’re not in that position, we’ll be working through with the league whether there will be an event at all,” Lukenda added.

Mayor Christian Provenzano spoke to the request, saying “we need to look past COVID.”

“We need to start putting things underway and get things moving that could help us develop and grow post-COVID,” Provenzano added. “Things don’t just happen all of a sudden. Things only happen after a lot of time, a lot of planning and a lot of work.”

Potential upgrades to the rink were also brought up as part of the discussion as well.

Lukenda confirmed the installation of the new videoboard in the arena, an investment incurred by the team, and also noted an upgrade to the lighting and the board stanchions that were taken care of by the city.

Lukenda added that the lighting and stanchions upgrade were required by the OHL as part of increased safety measures.

The building could also see some other modifications as far as dressing room space among other things, but Lukenda said that they are areas “we’re confident we can modify within the existing arena, but it might take some temporary modifications to try to make sure all of the required, and they’re spelled out very clearly in the bid, are accommodated within our rink.”

Lukenda added that the team has budgeted for those possibilities.

Asked about the estimate, Lukenda said that “we’ve earmarked $200,000 within our overall budget for the types of things I mentioned beyond the money that’s already been spent.”

“If the Greyhounds wanted to proceed with the event and there were changes, that’s where it would come back to city council,” Vair said.

“It’s important that we go into the proposal presentation understanding what financial commitments we have in place,” Lukenda added. “From my standpoint, we’re looking for commitments on the understanding that it is proceeding, and it is a full event. In the event that it is not, we’ll certainly come back and explain that and in any case, we will endeavour to communicate openly and fully through this process with the city.

Vair confirmed that the money could potentially be split between the 2020 and 2021 should other requests for EDF money be made in 2020.

The Oshawa Generals were the lone other team that expressed interest in hosting the event.

The team went in front of Oshawa council in mid-July and the city approved financial support in the neighbourhood of $360,000 toward the Generals bid.

The money would be used should the city earn the opportunity to host the tournament.

The in-kind services include facility rentals that would include the rental of practice ice at local arenas and staffing costs (e.g. ushers, concession staff, housekeeping, building cleaners) during the tournament. The $50,000 contribution would go toward the funding of the fan fest, a beer garden with entertainment, and other ancillary expenses.

The arena upgrades planned would include the expansion of the video replay room and installation of countdown clocks for the visiting dressing rooms.

The Durham Regional Council, which includes eight municipalities in the Oshawa area, also approved $250,000 in financial support should the Generals get the tournament.

In an interview last week, OHL commissioner David Branch said the league hopes to be able to announce details on the selection process “over the next couple of weeks.”

The process began in February when the Greyhounds and Generals announced their plans to bid on the hosting rights.

Following those announcements, the original plan was to have the two organizations make formal in-person presentations to the Memorial Cup Site Selection Committee in mid-April with the host team announced prior to the 2020 tournament in Kelowna, B.C. in May.

The process was delayed due to the COVID-19 pandemic.