Sault Ste. Marie's Stormer Santana is looking to help hockey players learn before making a decision on where to play
0
Feb 20, 2017 4:00 PM By: Brad Coccimiglio 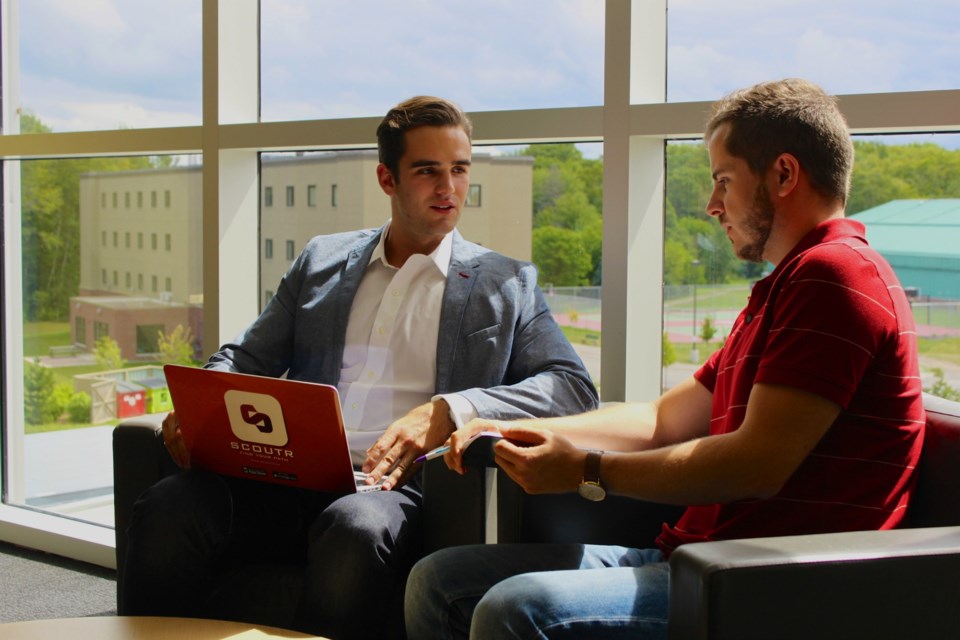 With technology being such a major part of the lives of many, a quick search online can help us find just about anything.

Now there’s a web platform for hockey players to gain some background information on teams they’re considering joining to advance their careers.

A quick visit to ScoutrSports.com gives potential players a chance to learn about junior and college teams across North America prior to deciding on where to play.

This isn’t just your run of the mill background info though. Scoutr provides current and former players an opportunity to rate teams they’ve played for.

The players give the team a rating out of five in each category and have the ability to comment on each category with further details on their experiences.

Though the players remain anonymous on the site, their identity, including whether they played for the team they’re rating, is confirmed prior to the ratings and comments being posted.

The idea of starting the service came from Santana’s own experiences playing at a high level of hockey.

“I was told everything under the sun to come to the team and then I was traded before the pre-season had even ended,” Santana said.

After being traded by Markham to Hamilton, Santana spent half of the 2011-12 season there before being traded again.

“Coaches are telling you everything they want you to hear, which is expected,” Santana said. “If you don’t have the connections on the team, that’s the only information you can go off of. Aside from major junior, you’re not going to find any information on what the living situation is like, how players have been treated in the past.”

Having been in the works for roughly two years, Santana said the reception has been positive, not only from people in the hockey world, but other sports as well.

“I’ve gotten some awesome traction on social media,” Santana said. “I’ll have a parent commenting that I have no connection to say something really nice about the app and it’s really nice to get feedback from people you’re not pitching to.

“I’m really happy with how things have taken off,” Santana added.

A finance major at the University of Denver, Santana said designing an app during his freshman year at the school, which saw him win the school’s Madden App Challenge, helped lead to designing Scoutr.

“I was hoping to pursue that app, which was something completely unrelated but it fell through,” Santana said. “My experiences through that brought me to where I am today. It’s been a good ride so far.”

Santana credited the Sault Ste. Marie Innovation Centre for the assistance in getting Scoutr off the ground, including Youth Entrepreneurship Coordinator Taylor Trecroce, who works with the Innovation Centre's YouLaunch program.

“Taylor’s been a great help,” Santana said. “The whole Innovation Centre has really helped me out in terms of getting my feet off the ground. It’s definitely a great resource.”

Santana also said he hopes to launch a similar resource for lacrosse teams in the future, roughly six to eight months down the road.

“The goal with Scoutr is to become the benchmark metric for organizations and schools to pride themselves on the way they treat their athletes and the way that people voice their experiences,” Santana said.