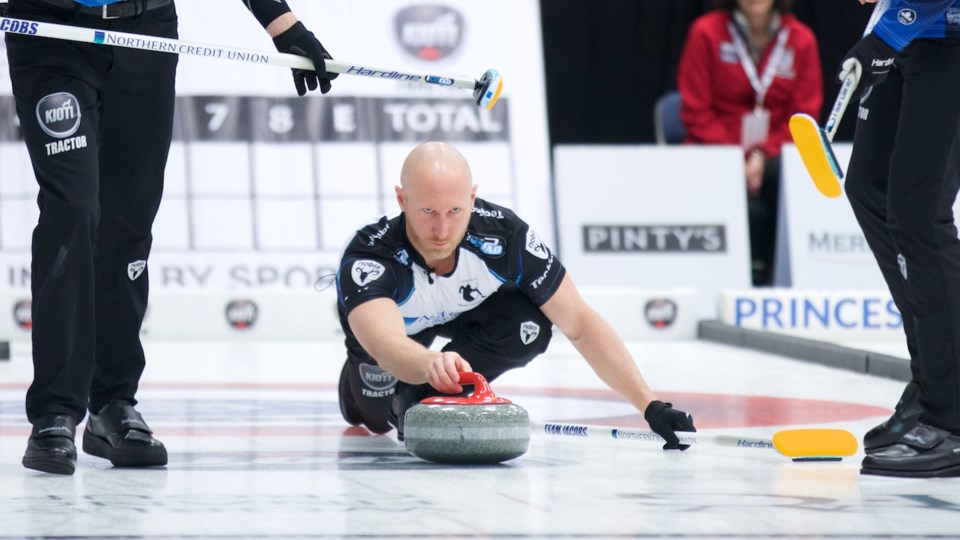 On the heels of an opening day win at the Champions Cup, Brad Jacobs and his team from the Community First Curling Centre locally will head into a pair of games on Saturday with a 1-1 record.

The Jacobs rink, which includes third Marc Kennedy, second E.J. Harnden, and lead Ryan Harnden dropped an 8-1 decision to Brad Gushue in six ends at the five-day event going on this week in Calgary.

After blanking the first end with the hammer, Gushue got on the board with three in the second end.

Gushue proceeded to extend the lead with a steal of two in the third end.

After Jacobs got on the board with a single in the fourth, Gushue capped off the win with a pair in the fifth and a steal of one in the sixth.

With a 1-1 record, the Jacobs rink returns to action on Saturday morning against Matt Dunstone at 10 a.m. (Sault time) before wrapping up round robin play in the evening draw against Peter De Cruz at 10 p.m. (Sault time).