Jacobs rink improves to 2-1 in Calgary

It wasn't easy, but Team Northern Ontario came away with a win over Team Northwest Territories on Sunday afternoon
Mar 7, 2021 8:24 PM By: Brad Coccimiglio 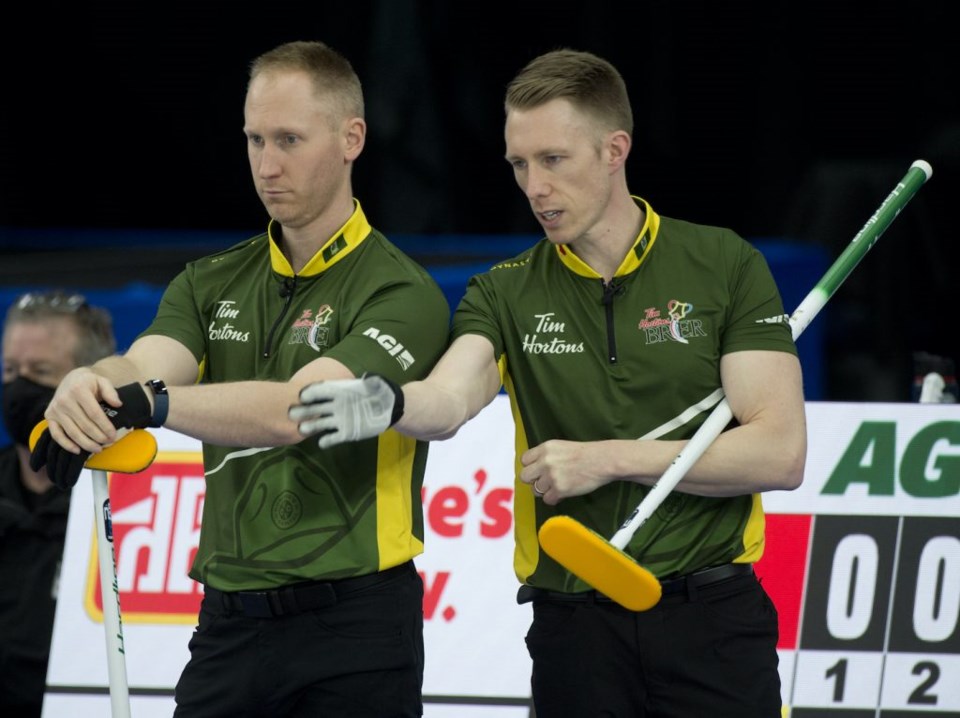 With the hammer early on, Skauge jumped out to a 2-0 lead over the Northern Ontario reps after scoring a single in the first end before stealing one more in the second.

The Jacobs rink would get back on even terms though with a single of their own in the third and a steal of one in the fourth.

The teams would trade deuces in the subsequent two ends.

After Skauge took a 5-4 lead into the eighth end, Team Jacobs scored a pair in the eighth to take the lead and sealed the win with a steal of one in the ninth end.

“We’re expecting everyone to play really well against us,” Jacobs said in media availability provided by Curling Canada. “We’ve got a lot of respect for every team we step on the ice against. They played extremely well today. It took us a long time to gain a lead. They made a lot of shots. They didn’t make it easy on us and we welcome that challenge. It was a great battle.”

Like many teams at the event, the early draws have been about adjusting after limited playing time throughout much of the season.

“We’re still trying to sort of get our feet under us here,” Jacobs said. “It’s moreso getting comfortable with the atmosphere, the environment, the ice, and the rocks. We did a really good job battling our way through that and getting a lot of great results, especially in the second half of the game.”

E.J. Harnden spoke of the importance of focusing on what the tournament is as opposed to what it isn’t.

“We miss the crowd, absolutely,” E.J. Harnden said in media availability provided by Curling Canada. “The on thing that we’re really trying to focus in on is concentrating on what the atmosphere is, which is that we know that there isn’t a crowd.”

The Jacobs rink is set to return to action on Monday afternoon in a 3:30 p.m. start (eastern time) against Team New Brunswick, skipped by James Grattan.

Grattan will take a 2-1 record into the game as well following a 6-5 loss to Team Alberta, skipped by Brendan Bottcher, on Sunday afternoon in other Pool A action.