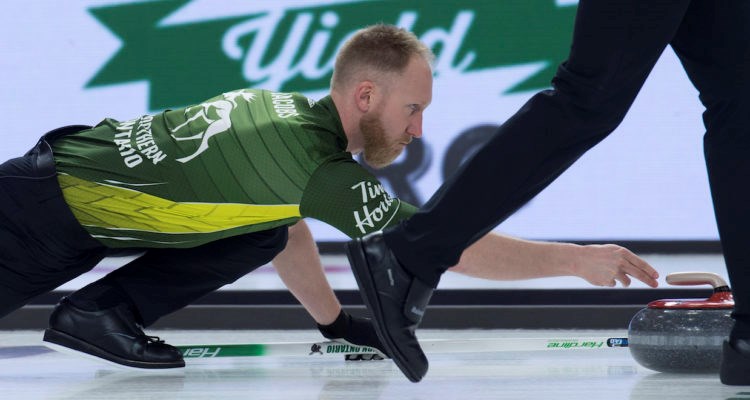 It was a battle between the past two tournament champions, and it was one big end that turned into the difference.

Brad Jacobs’ run at the 2019 Shorty Jenkins Classic came to a tough end on Sunday as Jacobs fell 5-3 in the tournament final to John Epping of Toronto.

Team Jacobs, which includes third Marc Kennedy, second E.J. Harnden, and lead Ryan Harnden, entered the final after going 5-0 in the round robin and winning a quarterfinal matchup with Kevin Koe of Calgary and then beating Braden Calvert of Winnipeg in semifinal action.

Epping took a 1-0 lead thanks to a steal of one in the opening end.

Jacobs would get on the board in the second end with a single.

After blanking the third end, Epping took a 4-1 lead thanks to three in the fourth end.

Epping sealed the win with a single in the eighth end.

It was a repeat win for Epping, who entered the final as the defending champion while Jacobs won the 2017 event.

Against Koe, Jacobs broke open a 3-2 game with a single in the sixth end before stealing two more in the seventh to win 6-2.

In the semifinal against Calvert, Jacobs opened up a 4-0 lead by scoring a pair in the opening end before stealing one in each of the subsequent two ends en route to a 9-5 win.

Epping advanced to the final after beating Peter De Cruz of Geneva, Switzerland in the semifinal and Brad Gushue of St. John’s, Nfld. in the quarters.