Mac Hollowell was the third of three members of the Soo Greyhounds selected in the NHL Entry Draft this weekend in Dallas
0
Jun 23, 2018 5:21 PM By: Brad Coccimiglio 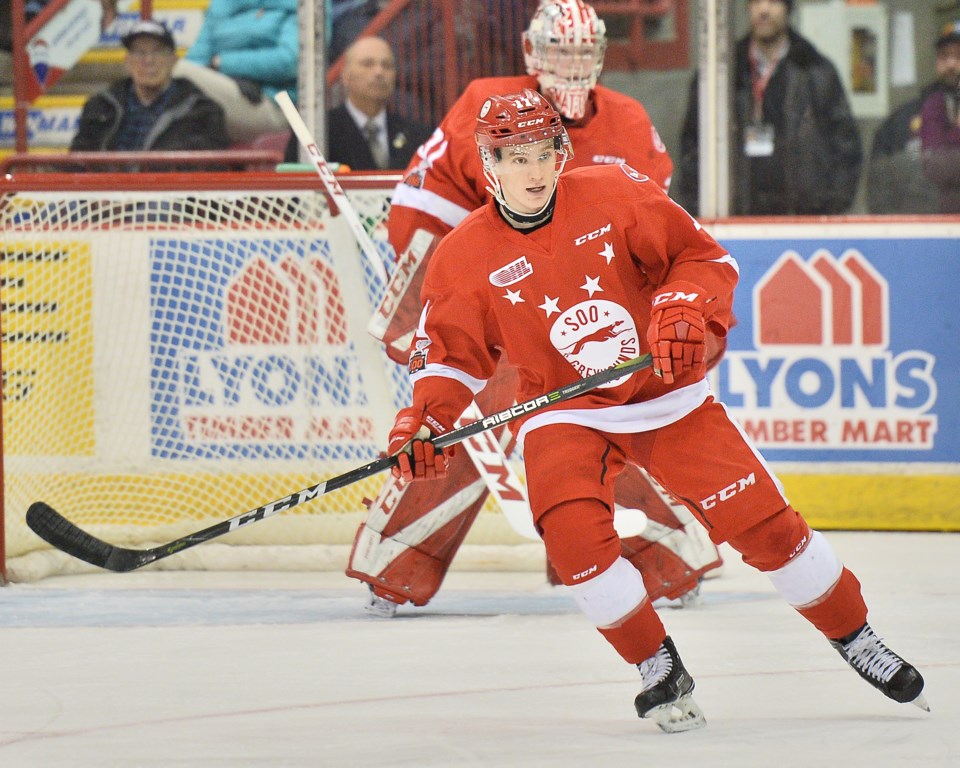 The 19-year-old was selected by the Toronto Maple Leafs on Saturday in the fourth round of the 2018 NHL Entry Draft after a 2017-18 season that saw him score 12 goals and 56 points in 63 games with the Greyhounds.

To put Hollowell’s numbers further into perspective, the smooth-skating blueliner had six goals and 50 points in 132 career OHL games heading into the season.

The Maple Leafs have had prior interest in Hollowell that stems back to an invite to their prospect camp last summer. The camp ended early though for the Niagara Falls, Ont. product after he broke his leg blocking a shot in a scrimmage.

The injury forced Hollowell to miss the Greyhounds training camp and early part of the Ontario Hockey League regular season, but it didn’t stop him from making sure scouts would take notice of his game.

Hollowell was the second member of the Greyhounds drafted by the Maple Leafs after the team took defenceman Rasmus Sandin late in the opening round on Friday night.

Sandin called being drafted by the Maple Leafs “an unreal feeling.”

"To get drafted (to Toronto), with all the fans and with how the city is, it's all about hockey which I really love," Sandin said Friday night in a story on the Maple Leafs official website.

Some indications have Sandin heading back to Sweden for next season though Maple Leafs General Manager Kyle Dubas spoke Friday of Sandin taking on a bigger role with the Greyhounds next season.

In an interview with the Toronto Star, Sandin didn’t dismiss the possibility of being back in Sault Ste. Marie, though he would like to play pro in Sweden.

“We’ll see what Toronto thinks. I’ll talk to them, obviously,” Sandin said. “But as I said, my contract (with Rogle) is still for one more year…I think I feel more ready to play against men (in the SHL) next year, for sure.”

Forward Barrett Hayton was the top Greyhounds selected after the Arizona Coyotes selected him fifth overall.

In an interview with the NHL Network on Saturday, Coyotes General Manager John Chayka called Hayton “the full package.”

“He’s a 200-foot centre that can play in all situations,” Chayka also said. “He’s a character kid and a good athlete. There was no reason not to take him.”

Another player with local ties selected in the draft was goaltender Jacob Ingham of the Mississauga Steelheads.

Ingham, whose mother is a Sault native and still has family here, was selected in the sixth round by the Los Angeles Kings.