The Greyhounds signed prospect Bryce McConnell-Barker on Friday
0
May 15, 2020 10:56 PM By: Brad Coccimiglio 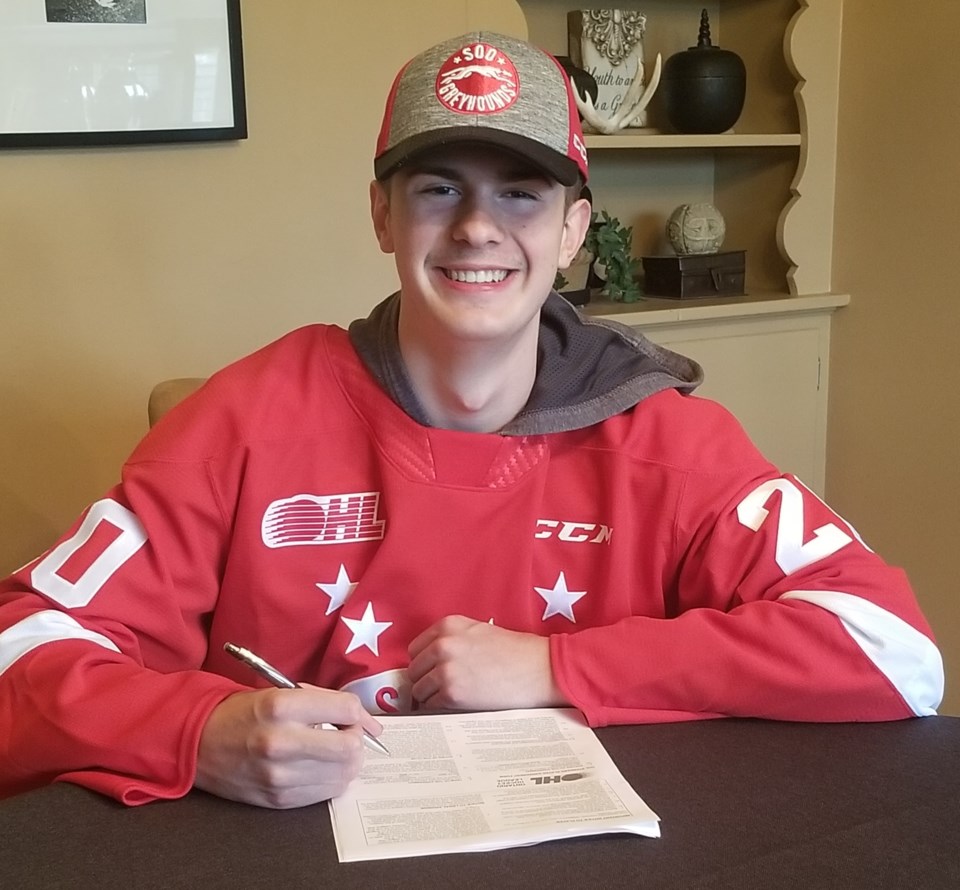 He called playing in the Ontario Hockey League a dream and Bryce McConnell-Barker is one step closer to it.

The 15-year-old, who was selected by the Soo Greyhounds in the first round (fourth overall) of the 2020 OHL Priority Selection in April, officially signed with the team on Friday.

“Since I can remember, I have dreamt of playing in the OHL,” McConnell-Barker said in a prepared statement.

“I plan to give hard work, community effort, and show the Soo fans my commitment to be at my best,” McConnell-Barker added.

“He’s smart. He’s got great speed and great skill,” Raftis said. “He’s got an engine on him and as a centreman, he puts a lot of pressure on opposing defenders. He can really create space for himself.

“He’s someone that can create offence for himself and his teammates,” Raftis added.

McConnell-Barker played the 2019-20 season with the minor midget London Jr. Knights and scored 30 goals in 33 games while being named the Alliance player of the year, finishing the season with 49 points.