Foster excited to be part of Sault connection with 67's

Cooper Foster was selected in the second round of the 2021 OHL Priority Selection on Friday night
Jun 4, 2021 10:30 PM By: Brad Coccimiglio 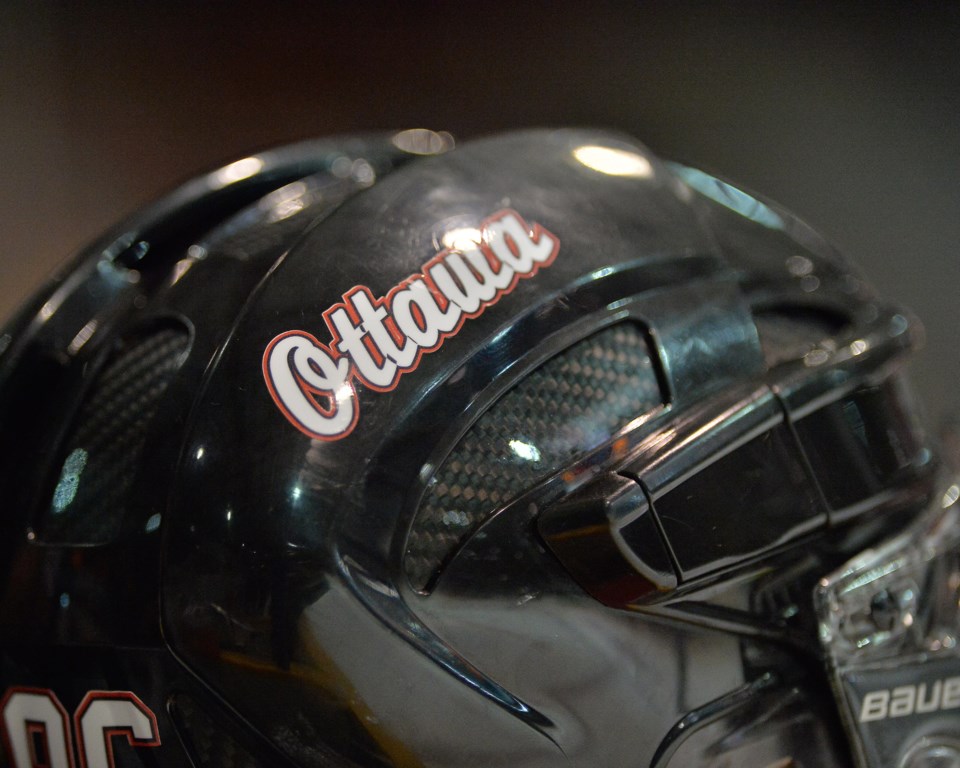 Sault Ste. Marie native Jack Matier is going to have some familiar company when the Ottawa 67’s open its Ontario Hockey League training camp in the fall.

On day one of the 2021 OHL Priority Selection on Friday night, the 67’s selected Soo Jr. Greyhounds forward Cooper Foster in the second round of the 15-round draft.

The 5’11”, 165-pound Foster, was selected 32nd overall Friday, the first local player taken in the draft.

In an interview Thursday night ahead of the draft, Foster spoke of how he was “a little bit nervous, but I’m filled with excitement too.”

Following his selection, the 16-year-old said he “couldn’t believe it” when he was selected by the 67’s.

“I wasn’t expecting my name to be said there,” Foster added. “Watching it in past years, hearing my name said and seeing my name pop up on the screen was a dream come true. I’m so excited.”

According to his U18 coach, the 67’s are getting a player that is a “high-end player for sure.”

“He’s a really talented and skilled player. He sees the game exceptionally well. He makes his teammates better,” Jr. Greyhounds coach Jamie Henderson said of Foster prior to the draft. “For him, it’s about continuing to improve his habits on and off the ice. We saw that throughout the year gradually getting better in that area. He’s a guy that thinks the game at a really high level.

“He really took his game to another level this year,” Henderson added. “The big thing for him is his confidence really grew. We really saw a player that was confident before the year, but wasn’t really sure where he kind of fit in in terms of ‘How good a player can I be?’ As the year went on, we really saw that more and more. He really took control when we did play games and led the way for us. His future is as bright as he wants it to be. His work ethic will determine that.”

The 67’s were one team that Foster interviewed with prior to the draft and the young forward was impressed with what he heard and saw.

“I’ve only heard good things about them, whether it was from (Henderson) or Jack,” Foster said. “(Matier) says they’re a great organization and they treat them all like a pro. I had a Zoom call with them and their facilities and their coaching staff, everything sounds awesome and looks great.”

With another local connection in the organization, Foster said having Matier around will be helpful as he learns the ropes in the OHL.

“It’s a big help just having someone I’m comfortable being around and know well,” Foster said. “It’s someone who can guide me through what’s happening and what’s going to go on and push me if I’m not going hard enough. He can tell me and give me a little bit of a nudge. It’s an advantage for me having him there.”

With the draft behind him, the focus this summer shifts to preparation.

“Hopefully the rinks open soon, but until them I’m going to be working hard off the ice,” Foster said. “Workouts, going on runs, working on my cardio. I’ve got a net and a shooting pad here with some things that I can practice my stickhandling and shooting. It’s just really going to be gaining strength and working on little stuff.”

The draft wraps up on Saturday with rounds four through 15, beginning at 9 a.m.