Angelo Bumbacco took great pride in the Soo Greyhounds, and it showed
Oct 28, 2020 11:06 AM By: Brad Coccimiglio 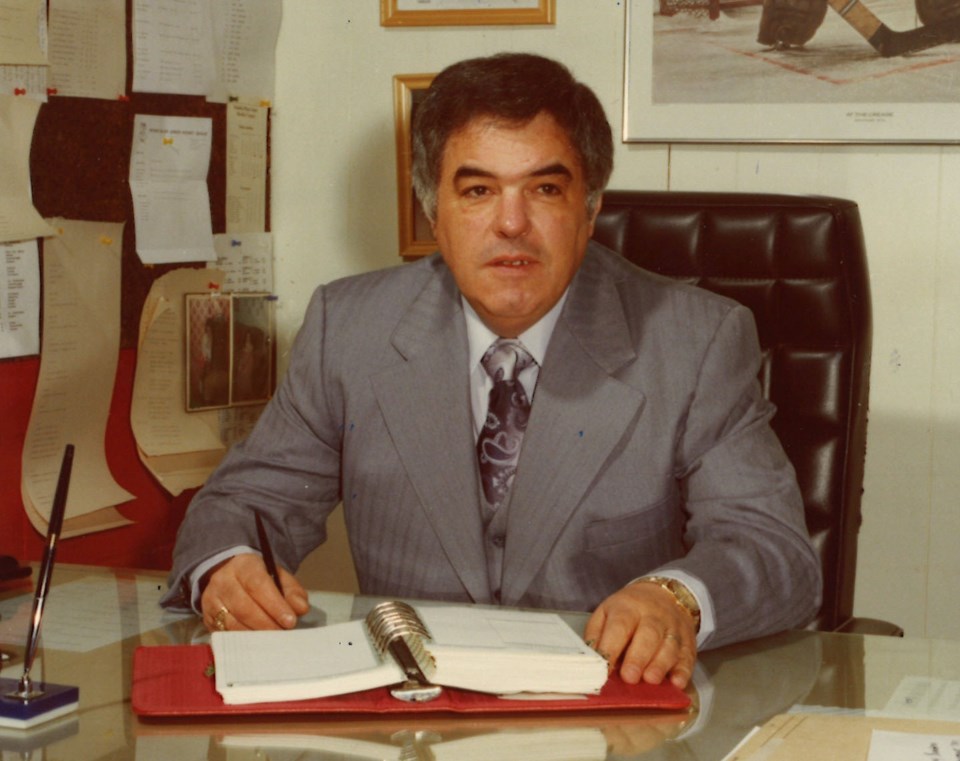 Bumbacco, who was one of the founders of the Soo Greyhounds and most recently served as a director for the hockey club, died on Tuesday. He was 88.

“He touched so many peoples lives that came through the Soo,” said Greyhounds general manager Kyle Raftis. “He’s going to be greatly missed.”

Over the years, Bumbacco held a number of different roles with the Greyhounds.

Bumbacco was a part owner of the team, served as general manager and also had a short tenure as coach of the hockey club.

Conversations around the Greyhounds office are something Raftis said he will miss going forward.

“He would pop into the office to talk about the players and talk about the team,” Raftis said. “I’m going to miss those conversations. He would hold court in the media room and talk to every scout that came through, every media member. Just the little things where you had those conversations that start as one question and it leads into half an hour. There’s always a great story there. It’s hard to replace that. He’s one of a kind.”

The Greyhound organization was also something that Bumbacco took great pride in.

“Angelo has been such a big part of the organization for years in a lot of different roles,” Raftis said. “You can see the passion that he has for the game of hockey and for the Soo Greyhounds especially. I know from sitting next to him and watching every home game, he was always there with some encouragement for you.”

“He was somebody that knew everybody, had time to talk to everybody in the arena, could shake everybody’s hand and just bring a little bit of excitement about it,” Raftis added. “Once the puck dropped, he lived and breathed the red and white. He was very proud of the Greyhounds organization and the players that have come through.”

His hockey knowledge, especially when it came to Sault Ste. Marie and the market surrounding the Greyhounds, was second to none.

“I don’t think anybody understood the Soo Greyhounds market more than Angelo in terms of the expectations of the fans, how we should be perceived as an organization both in the Sault and outside,” Raftis said. “He took a lot of pride in that. It was always great to pick his brain. He always had good pieces of advice and a story to back it up.”