With assist from Ron Francis, Bayview rink proposal gets forwarded to budget talks

When Matthew Scott first ran for City Council in 2018, one of the first things Bayview voters told him was they needed an outdoor rink
May 10, 2021 10:00 PM By: David Helwig 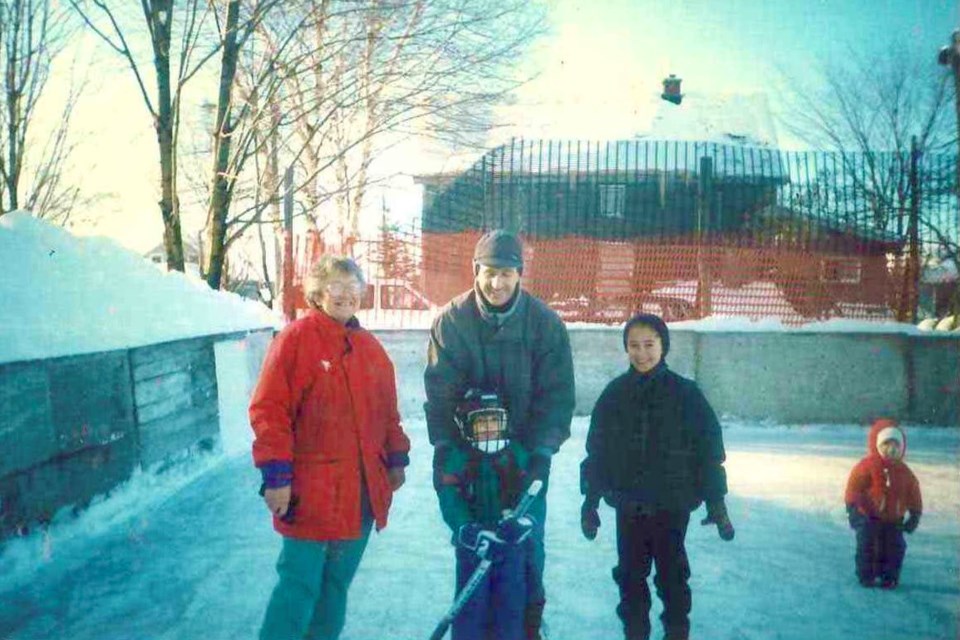 A bid to bring back Mike Zuke's Bayview ice rink passed its first test tonight, with Sault Ste. Marie City Council agreeing to consider the idea during its 2022 budget deliberations.

"This past weekend, this news made it all the way to Seattle," said Ward 5 Coun. Matthew Scott, who introduced a resolution asking that the legendary outdoor rink be resurrected.

"I spoke with [Seattle Kraken general manager] Ron Francis about this. He was very much in support of us trying to get this going again," Scott said.

"I know that he has very strong memories of Mike and June Zuke. I'm sure you could say the same about anyone else: about the Soo Greyhounds. Joe Thornton from Toronto Maple Leafs could tell you great stories about Mr. and Mrs. Zuke."

"I'd love to see it come back. We don't have an outdoor rink in Ward 5 and this would be pretty big for the people who live out here."

Scott grew up in Bayview and spent a lot of his childhood around the Zukes' backyard rink at 724 Metzger St.

"I grew up less than half a block away from Mike Zuke's house," he told tonight's council meeting.

"In the summers, I grew up playing in Mike and June Zuke's garden. They were very community-minded people."

After Mike Zuke Sr. died in 1998, his backyard rink more or less died with him.

But community volunteers resurrected the ice surface a few blocks away at what is now Mike Zuke Memorial Park.

Scott also spent time at the second rink, especially when he was a student at Bayview Public School.

"We would do all sorts of outdoor activities there," he remembers.

"I can appreciate the times when they did decide to close it. I understand that communities ebb and flow."

Scott says when he first ran for City Council in 2018, the need for an outdoor rink in Bayview was one of the first things he was told by voters.

"There's a lot of young families there – families that grew up playing on this rink. They all told me the same thing, that they wanted this rink back."

"There was never a day when you would see it snowing and there wasn't six kids with shovels out there."

Ward 3 Coun. Matthew Shoemaker, who seconded Scott's resolution, said it's important that recreational facilities be distributed fairly across the city.

"I think spreading out the resources we do have across the community, there's a lot of benefit to that. This is worthwhile to investigate."