Why more people in their 30s are living with their parents 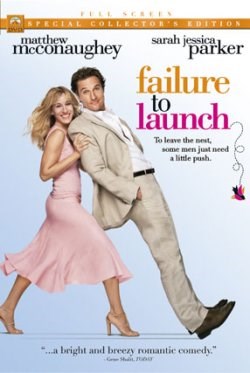 TORONTO, April 17 - Here's some news that might make parents nervous.

A BMO Bank of Montreal new survey of potential first-time homebuyers found that 29 percent of Canadians between the ages of 21 and 34 are living with their parents while saving for their home down payment.

In Canada's biggest cities, such as Toronto and Vancouver, the numbers are significantly higher, suggesting that staying on at the old homestead is considered the fastest route to jumping onto the property ladder.

The BMO survey, conducted by Decima Research, polled 1,205 young adults aged 21 to 34 from Halifax, Montreal, Toronto, Winnipeg, Calgary and Vancouver who had aspirations to purchase a home in the 'near' future.

According to the survey, almost one in three are living with their parents while they prepare to make the transition to home ownership.

While it is no surprise that Canadians under the age of 30 are staying home longer, whether to attend school or save for a home purchase, what is surprising is the number of Canadians in the 31- to 34-years-old category who are also still at home.

"But these factors may also contribute to a sense of urgency amongst young first-time homebuyers who feel they don't have the requisite finances and may have to scramble to cobble together a down payment. Some of this anxiety may be avoidable by developing a financial plan early that sets realistic short-term and long-term financial goals."

Palacio noted that the BMO survey found a considerable gap between potential first-time buyers' expectations and their realities when it came to planning and saving to buy a home.

"We found that, although most young Canadians would like to purchase a home within the next few years, most do not have a practical plan to get there."

According to the survey, Canadians between the ages 21 and 34, on average, have been saving for their down payment for only 1.6 years yet expect to take only a total of 3.8 years to save enough to commit to a purchase.

"On average, young Canadians told us they expected to be able to amass a down payment representing 15.4 percent of the cost of a new home by the time they are ready to make a purchase," said Palacio. "I'm concerned, however, that these expectations are unrealistically high given their low savings rate and the increasing cost of housing in markets across the country.

Other findings include: - 30 percent of all those with home ownership aspirations intend to take advantage of the First Time Home Buyers RRSP Plan as a major source of funding for the down payment.

- 60 percent intend to rely primarily on savings or investments to make the purchase.

- The average reported savings rate (as a percentage of pre-tax income) of young Canadians polled breaks down as follows; across Canada - 12.5 per cent; in Toronto - 14.3 percent; in Vancouver - 13.3 percent; in Halifax and Winnipeg - 8.8 percent; who live at 'home' with their parents -16.6 percent; who are currently renting -11.0 per cent. "If the study reinforces one thing it is that more young Canadians need to sit down with a financial planning professional to develop a realistic game plan, if they are going to shorten their stay with their parents and make their home ownership dreams a reality," said Ms. Palacio.

Ms. Palacio states that there are a number of steps which young Canadians should take in order to reach their home ownership goal sooner.

She recommends that first of all they consult a financial professional as early as possible to put together a financial plan that addresses both their short and long-term goals.

This plan should address steps such as how to pay off debt sooner in order to free up more cash flow for their home down payment and developing a working monthly budget.

This poll, conducted by Decima Research from March 1 to March 9, 2007, was based on a randomly selected sample of 1205 Canadians 21 to 34 years old who do not currently own their own home from six major Canadian cities (Halifax, Montreal, Toronto, Winnipeg, Calgary and Vancouver) using Decima's proprietary online panel.

With a sample of this size, the results are considered accurate to within +/- 2.9 percentage points, 19 times out of 20.