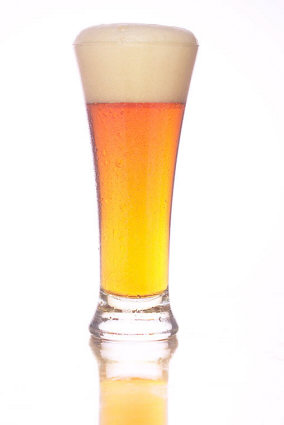 You may have noticed it if you have seen the keg display in the windows beside Ernie’s on Queen Street.

A craft brewery, Union Jack Brewing Company, is being launched early in the new year.

Head brewer, Jeff Jack, a local emergency room RN by day and night, had produced seven different prototypes, and the conference attendees were asked to help work out a flagship product.

“In talks with the LCBO and The Beer Store, they’ve suggested that we concentrate on one flagship product to launch in their stores, and this conference was the perfect venue to focus our attention,” said Union Jack Brewing President and local pharmacist, Jordan Jack.

As the City looks to revitalize the west end of Queen Street and Gore, this comes at an opportune moment.

The city is looking to promote opportunities for social gathering and interactions in this neighbourhood and the brewery’s other offerings will only be available at 9 Queen Street.

"We’re hoping to use Sault Ste. Marie as a sort of beer incubator,” said Jeff. “We feel that what works here should be transferable to the rest of the province. Although we do not intend to open a bar on site, we will encourage the public to come down and try my latest creations.”

As for packaging, the company will launch with 473ml cans, along with kegs and potentially draft balls.

“At last month’s Ontario Craft Brewer’s Conference in Toronto, I was explaining the draft ball concept to a supplier of plastic kegs, and he looked at me like I was speaking a different language,” Jordan laughed. “Maybe it was just a Northern thing.”

As for the lead products, Union Jack Brewing hasn’t decided yet.

“We expected to narrow it down at Naturallia, but the feedback on all of our prototypes was extremely positive,” said Jordan. “One of the conference organizers even told me that the banana cream ale was the best beer she’s ever tasted.”