Less than one per cent of the Steelworkers local voted in the secret ballot. All it took to win the endorsement was nine votes
Jun 6, 2018 10:37 PM By: David Helwig 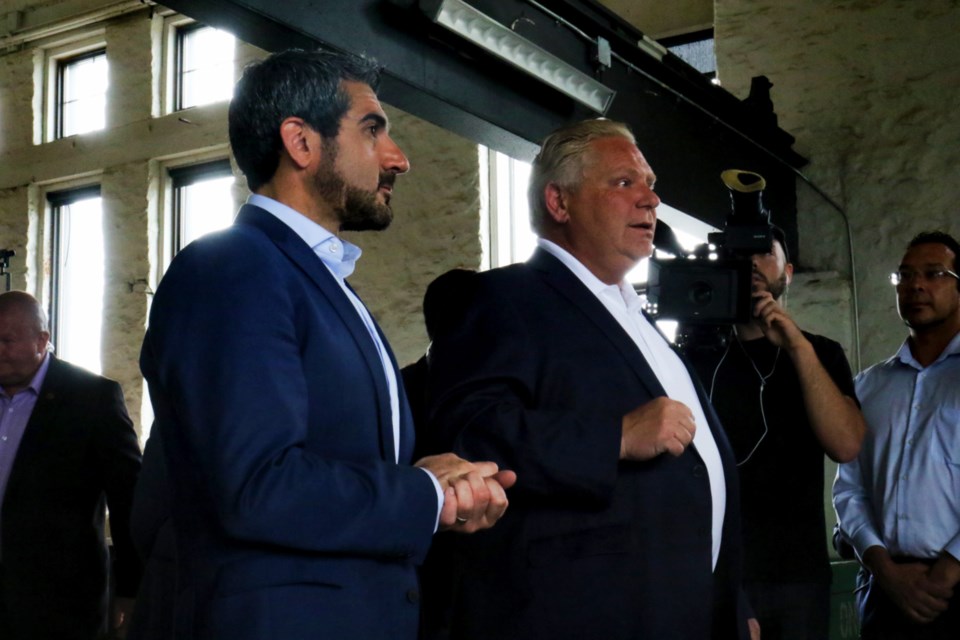 As news releases go, it was unusually short and snappy.

On May 25, United Steelworkers Local 2251, the steel mill's largest collective bargaining unit, announced that its membership had endorsed Ross Romano, a Progressive Conservative, as its preferred candidate in the June 7 provincial election.

"We wish Ross Romano the best of luck in the upcoming election," the press release stated.

It definitely played as big news.

Ever since Local 2251 began endorsing political candidates, it had backed only New Democrats.

Supporting a local representative of Ford Nation, at the far opposite end of the political continuum, seemed almost surreal.

"It's the first time the union has supported a candidate other than NDP since 1960," declared CBC News.

"There may be trouble brewing for the NDP in the north," reported the Toronto Sun.

How did Romano win the unprecedented support of USW Local 2251?

What did he tell them?

First, it's important to note that only a fraction of the local's rank-and-file members actually voted.

It was a secret ballot taken after a special all-candidates meeting at Royal Canadian Legion Branch 25 on Thursday, May 24.

The vote results weren't made public, but people in the room tell SooToday that fewer than 20 Steelworkers were present.

That means Romano was endorsed by less than one per cent of members.

An audiotape of the meeting obtained by SooToday provides further detail.

Mike Da Prat, the local's long-serving president, can be heard telling the three political candidates present that, based on the small number of Steelworkers present, any one of them could have secured the endorsement by bringing just nine local members to the meeting.

"People are still saying: 'We'll already know the result because it's a Steelworker hall.' The answer is simply this: nine votes will carry the message of who we support. Only nine. So ask your people that are working for you, how is it that they couldn't organize 10 people to come to our meeting?" Da Prat said.

"My advice and question is, when are people going to stop stereotyping the members of Local 2251? We want to know that you guys take us seriously. We don't want to simply be told that we support a party and there's no chance of changing our minds. We put out our support to the people who work the hardest to get our support. Next time, will you guys work a little harder to get some supporters here?"

It appears no one quite understood that the Steelworkers weren't necessarily tied to the NDP, and were open to considering other candidates and parties.

Four candidates showed up at the Legion on May 24: Romano, New Democrat Michele McCleave-Kennedy, Liberal Jaclynne Hamel and the Green Party's Kara Flannigan.

Flannigan chatted briefly with some Steelworkers, then left before the debate started, convinced that any Steelworkers endorsement was already locked up by the NDP.

Romano had drawn the same conclusion, but remained in the room.

He promised to ensure all Algoma pensioners are paid what they were promised.

"I want to make sure that every single pensioner in Sault Ste. Marie gets every dollar they are owed. Not a cent less. That's important. That's a priority and it's going to happen."

And, he attacked the New Democrats.

"I'm going to talk about the elephant in the room here. You come to a Steelworkers debate and it's almost a foregone conclusion what's going to happen here."

"In our government, a PC government, there will be more tons of steel sold than there have been in decades."

"When I look at what the NDP has become, they're just the same as what the Liberal Party is," Romano told the Steelworkers.

"You have an advocate. I fight for a living. It's what I do. I will continue to do it. I will leave no stone unturned. I will use what God gave me, which is a strong voice, to fight for you. I've got a strong heart. I will fight for you with that."