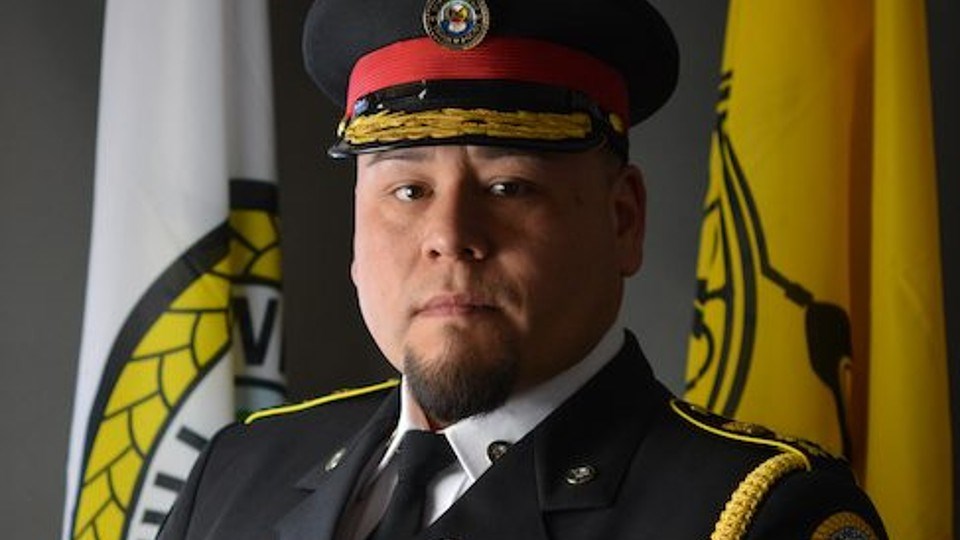 Terry McCaffery, chief of police of the Wikwemikong Tribal Police Service, will plead not guilty to a sexual assault charge, levelled by the OPP Criminal Investigations Branch on Jan. 27.Police image

The chief of the Wikwemikong Tribal Police Service is heading to a one-week trial in 2022 on sexual assault charges.

McCaffrey was charged with sexual assault in January this year after provincial police received information about an incident that happened in 2019.

McCaffrey’s defence team said in a statement after his arrest that he “is presumed innocent and will be pleading not guilty to these allegations,” said Peter Thorning, a criminal defence lawyer based in Toronto.

“We will be vigorously defending this matter and look forward to the truth coming out in a court of law.”