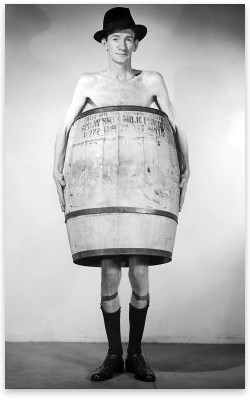 The size and speed of growth of the federal debt may be seen at www.debtclock.ca CTF Federal Director, Kevin Gaudet said: “Canadians need a deficit action plan now. The mountainous debt problem amounts to fiscal child abuse as both current and future generations will have to pay it off." After 11 years of surpluses, federal politicians have taken Canada back into deficit, projecting to add no less than $170-billion more to the debt by 2014-15. At the press conference the CTF revealed a novelty cheque from future taxpayers to the current government in the amount of $500 billion, as future taxpayers will be paying off the over-spending by the government of today.

This amounts to $14,880.39 for each man, woman, and child in Canada. The federal government is currently borrowing $1,772.58 per second due to its $55.9 billion projected deficit. Since its founding in 1990, the CTF consistently has led the fight against rising debt.

The first debt clock was launched in 1993 in an effort to highlight the dangers of deficit financing and the need for balanced budgets.

The clock displayed the per-second increase in debt along with the share for each Canadian family.

The CTF drove the debt clock across the country during its campaign against continued deficits.

It was retired in 1997 when the federal government finally balanced the budget.

- A $500 billion stack of loonies would reach from the Earth to the moon, and back again, and then quarter of the way back to the moon again.

- A stack of hundred dollar bills lain on its side on the ground would reach all the way around the earth once and then 10 percent again.

- The debt piled as a giant stack of hundred dollar bills would build a tower as high as the CN tower - 553 metres high and 15 metres by 30 metres wide. Gaudet concluded: “the CTF has been invited to meet with Finance Minister Flaherty December 4 in Halifax. At the meeting the CTF will present its deficit action plan to balance the federal budget.” *************************