Teachers to Orazietti: 'Shame on you!'

Kelly Holley, president of the Algoma District Elementary Teachers Federation of Ontario (ETFO), spoke to hundreds of area teachers, education workers, and their supporters at a rally outside MPP David Orazietti's office today. 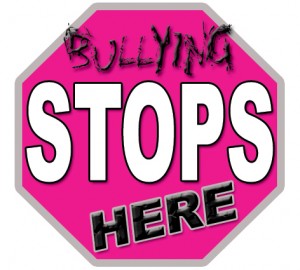 Kelly Holley, president of the Algoma District Elementary Teachers Federation of Ontario (ETFO), spoke to hundreds of area teachers, education workers, and their supporters at a rally outside MPP David Orazietti's office today.

The group, protesting the recent passage of Bill 115 which denies teachers, education professionals, and educational support workers the right to bargain collectively or strike for two years, marched from Algoma's Water Tower Inn to the office of David Orazietti, chanting: "David Orazietti! Shame on you!"

Seeing as he's a former teacher himself, the protesters were surprised and upset that Orazietti refused to disclose how he would vote on, or even respond when questioned about Bill 115.

According to a news release issued earlier this week by the Algoma ETFO, "the bill shields the government from Ontario labour laws, the Ontario Human Rights Code, and the courts, and will be challenged all the way to the Supreme Court by ETFO and others."

In addition to members of the ETFO and the Ontario Secondary School Teachers’ Federation (OSSTF), representatives from the Canadian Union of Public Employees (CUPE), Canadian Auto Workers' Union (CAW), and Ontario Public Service Employees Union (OPSEU) were present as a sign of solidarity.

Seeing the McGuinty Government's legislation as unconstitutional and a denial of the union's basic democratic rights, Holley posed the question: "Who's next?"

"I think [Orazietti] needs to reread Bill 115 because he doesn't quite understand the damage he's done to teachers, and that he has done to the entire public sector," Holley stated.

Speaking to reporters in Toronto earlier this week, Premier Dalton McGuinty said: "I understand where teachers are coming from. They’ve got their own household budgets, they’ve made plans to... manage their own home finances and then this guy McGuinty comes along and says we’ve got to hit the pause button for a couple of years.”

That "pause button" would impose a teacher pay freeze, cut the allowable sick days in half to 10 annually, disallow unused banked sick days from being cashed out upon retirement, and force mandatory three unpaid days off (Professional Development Days).

In response to Bill 115, the ETFO is encouraging all of its members to take part in McGuinty Mondays when teachers, education workers and support staff would: