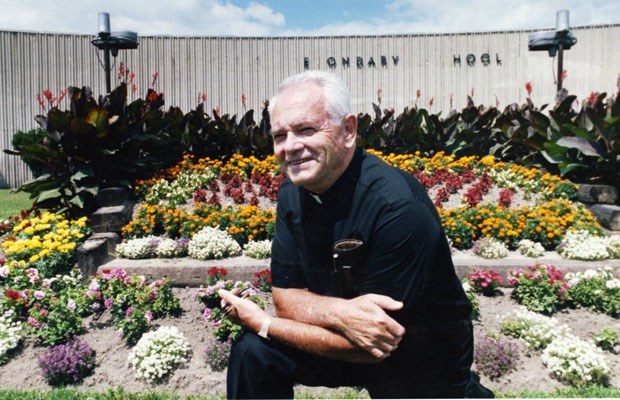 The Supreme Court of Canada rejected the Basilian Fathers of Toronto’s bid for a further appeal after they were held responsible when one of their priests was convicted in 2011 of abusing 17 students at schools over a 38-year period. (File)

Rod MacLeod, the victim of a pedophile priest in the 1960s at a Sudbury high school, said he hopes his latest legal victory will inspire other sexual abuse victims to come forward and “seek justice through the court.”

MacLeod made the comments on April 30 when the Supreme Court of Canada rejected the Basilian Fathers of Toronto’s bid for a further appeal after they were held responsible when one of their priests was convicted in 2011 of abusing 17 students at schools over a 38-year period.

MacLeod was one of those students. He was abused by Father William Hodgson Marshall when he attended St. Charles College from 1963-1967.

MacLeod received $500,000 in punitive damages and more than $1.5 million for lost earnings.

“It is possible to achieve justice in Canada,” MacLeod said in a news release following the decision from the Supreme Court of Canada.

Marshall worked in Rochester, Toronto, Windsor, Sudbury and Sault Ste. Marie, and was reported a total of six times over his career, but continued in his role as a priest and teacher. He died in 2014.

Instead of reporting Marshall to the police, the Basilian Fathers moved him to another school when abuse complaints emerged. The Basilians are a Roman Catholic Religious Order of priests who operate on three continents, including in Canada and the United States, with their headquarters located in Toronto, Ontario

The court ruled that complicity made the Basilians responsible to pay the $500,000 in punitive damages, and it marked the first time the church has been held responsible for not acting to prevent abuse once it was notified.

Lawyer Robert Tallach has been fighting the Catholic Church for many years. Since he started his career at Beckett Personal Injury Lawyers, he has launched 395 suits against the church.

He said the punitive damages awarded to MacLeod set precedent nationally, because prior to that, the highest amount awarded was $7,500.

In a press release, Tallach said the outcome is a victory for not only MacLeod, but all victims of sexual abuse in Canada.

“The law is now friendlier to victims and tougher on their perpetrators,” he said.

Punitive damages or a civil fine for complicit institutions is now the law, as is a lowered legal test to prove income loss as a result of the sexual abuse, he said.

“This also shows that a lone determined victim can take on the power, prestige and wealth of the Roman Catholic Church and win,” Tallack said.