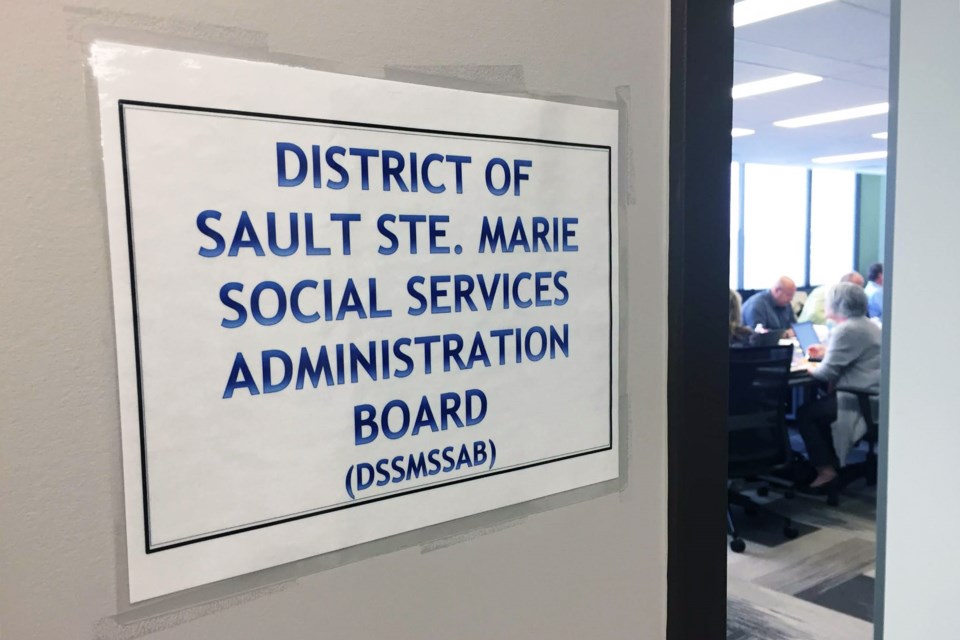 District of Sault Ste. Marie Social Services Administration Board is considering options to amalgamate its three offices at 390 Bay Street, 180 Brock Street and 540 Albert Street East into a single location.

"We're looking to see where, if or how we could get into it," said Mike Nadeau, chief administrative officer, after a meeting of the Social Services board Thursday night.

"We have a procurement committee that is looking into it," Nadeau said. "We're just meeting to explore....it's a feasibility exercise."

The committee is assessing locations, viability and cost.

"The committee is tasked with identifying a long-term model (lease, own or rent-to-own) and one location/site where all offices and services could co-locate," Nadeau said in a witten report.

The procurement committee is expected to report back to the full Socal Services board by the end of this year.

Social Services is responsible for provision and delivery of Ontario Works, early years and housing services.

Nadeau told Thursday night's meeting that the province is moving to integrate services for Ontario Works, early years and housing services, as well as looking at further integrating employment and health services.

"It is anticipated that 180 Brock will move to one service counter over the next few months," he said in a report to the Social Services board.

"With anticipated legislative and policy changes to social assistance beginning in 2018, management has opted to wait until such changes are known and understood prior to spending any resources in the area."

Nadeau reported that considerable effort has been put recently into improving first impressions at the Ontario Works reception area.

"Upcoming modifications include a coffee station, frosted glass on the interview room doors for privacy, removal of four of 11 desks that proved to be a visual and physical barrier to service."

Other news from Thursday night's meeting: