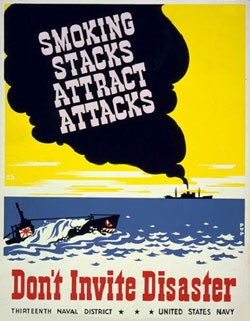 The research team analysed nationally representative registry data on sickness absence among more than 14,000 workers in Sweden between 1988 and 1991.

Of the sample included in the study, 45 percent had never smoked.

Of the remainder, 29 percent were current smokers and 26 percent former smokers.

Across the whole sample, the average number of days taken as sick leave was 25.

But smokers took almost 11 extra days off sick compared with their non-smoking colleagues, equal to 43 percent of all sick leave taken every year among the sample, say the authors.

There was little difference in the number of additional days taken as sick leave between male and female workers.

Adjusting for the fact that smokers tend to choose “riskier” jobs and have poorer underlying health, as well as socioeconomic factors, brought the difference in the number of days taken as sick leave to just below eight.

Factors other than ill health directly caused by smoking may account for much of the time taken off in sick leave, suggest the authors.

The authors accept that sick leave rates in Sweden are among some of the highest in Europe, but say that their findings nevertheless point to smoking as having a significant impact on productivity.

Smokers perform worse at work than non-smokers, finds a study of US navy female service members published in Tobacco Control.

Smokers were also more likely to have a less than honourable discharge, to be demoted, to desert, and to earn less than their non-smoking colleagues, the study showed.

Historically, the prevalence of smoking among US military personnel has been higher than among civilians, say the authors.

After a period of decline, smoking rates have once more started to climb.

There are currently around 59,000 women serving in the US Navy.

The findings are based on an analysis of the career progression of almost 5,500 women entering the US Navy over a period of 12 months between 1996 and 1997.

Time in service, the proportion being discharged early or facing disciplinary procedures, as well as promotions, demotions, absences without leave, and pay grades were all assessed.

The women’s progress was tracked for around eight years.

Some 45 percent had never smoked.

But 27 percent were daily smokers when they enlisted.

The remainder were ex smokers or smoked occasionally.

Compared with non-smokers, daily smokers were less likely to enlist for eight years, and they were significantly more likely to leave before they had served their full term.

Regular smokers were significantly more likely than non-smokers to be discharged for medical reasons, bad behaviour, misconduct, including drug misuse, and personality disorders.

On average, non-smokers were paid significantly more than daily smokers, even after taking account of educational attainment and time in service.

The performance of those who had smoked in the past or were occasional smokers typically fell somewhere in between that of people who had never smoked and daily smokers.

“Cigarette smoking might simply be a ‘marker’ for other underlying factors, such as non-conformity and high risk taking, that contribute to poorer performance in the military,” they explain.