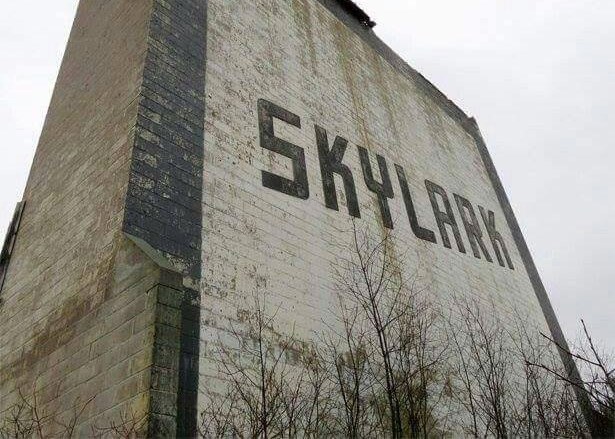 While Sault movie lovers prepared Sunday for the second of two evenings of films, presented by Sudbury’s Horizon Drive In on an inflatable screen at Strathclair Park as a way to treat the COVID-19 restriction blues and offer a bit of nostalgia, a former local drive-in owner shared some of her memories with SooToday.

“I think it’s great. We opened the Skylark just for that (nostalgic) reason. We loved the drive-in. There are good memories,” said Julie Greco, who, along with her husband Willie, owned and operated the Skylark Drive-In on Trunk Road from 1999 to 2013.

Julie grew up enjoying movies with her parents at the Soo Drive-In Theatre on Great Northern Road.

The Skylark, under its original ownership, first opened in 1956 and closed in 1989.

“That summer (in 1999) we thought about the idea of reopening it. A friend of ours had purchased the property and we pondered it and said ‘let’s do this. Let’s try this,’” Julie said.

Taking over the dormant drive-in property and getting it ready for business again was not an easy task, she recalled.

“We had to build a new canteen, buy new equipment, buy the projector and everything that goes with it. We just had the screen. It was a lot of work.”

“We had a lot of loyal customers. We loved them. They were like family. They would come out on the weekends no matter what movie was playing. It was just because they loved the drive-in. They would bring their grandkids or their own kids. They kept us going,” Julie said.

Apart from the challenging, seasonal nature of the drive-in, which was closed during winter and sometimes threatened with rain on spring, summer and fall nights, Julie humorously remembered some customers would arrive late for the show and ask her to ‘rewind’ the movie or ‘fast forward’ it if they had already seen the first movie in a double feature.

She would have to tell them it didn’t work like that.

She also had to occasionally scold customers for bypassing the canteen and bringing their own food to the show.

“I’d ask them ‘would you go to a movie theatre with your own pizza?’” she chuckled.

“Sometimes I’d have to run out to the airport to get a movie two hours before the movie would start. Sometimes it was a little crazy but for the most part we always had something to play.”

“Every week I’d have to call the movie companies offices in Toronto and wheel and deal with them. It was what movies were available and what they would let me have. I’d have to wait for the movie theatres to keep a movie for four or five weeks, depending on how well the movie was doing there, then maybe I would get it,” Julie said.

“But a lot of our loyal customers would say ‘I don’t care, I’ll just wait until it comes to the drive-in’ because we knew eventually we would get it.”

Julie and Willie typically opened up the Skylark Drive-In every Victoria Day weekend and ran the business, with its solid concrete screen, until late September, open six nights a week, Tuesday being the popular ‘car load’ night.

“There was a woman who used to come out every weekend with her husband. Then she started coming by herself. She came up to me one night and told me her husband had passed away...(going to the drive-in alone) was her way of remembering him, and I started tearing up,” Julie remembered on a poignant note.

She also recalled her son making some money for himself, sometimes as much as $80 in tips, after cleaning customers windshields.

“Then his sister saw how much money he was making and she wanted to be his business partner,” Julie laughed.

Movie watching trends and technology changed, and ultimately Julie and Willie closed the Skylark in 2013.

“The customers (were disappointed)...but they understood,” Julie said.

“I loved it. I wouldn’t have changed a thing.”

“It was all about taking pride in something we worked really hard in and seeing people, the regulars who came every weekend. If I got busy, some of them would help me behind the counter. It was really ‘Mom and Pop.’ It was about being with friends and meeting people. I remember those nice summer nights, the place was packed, the cars were there, the parents were there and the kids were there with their pillows and blankets.”

“That was the best, just seeing them enjoying themselves and experiencing something that they probably never will again.”

“God love them. If they can do it, go for it,” said Julie, referring to anyone who may want to open another permanent drive-in in Sault Ste. Marie.

Would she and Willie like to open another drive-in again?

“Absolutely. In a heartbeat,” Julie said.