Never fear Sault film fans. If you're missing Saturday's screening of Ecstasy at the Grand Theatre, you'll have the chance to see another flick filmed in the Sault on the big screen soon enough. Two, actually.
0
Jan 29, 2012 6:06 PM By: Donna Hopper 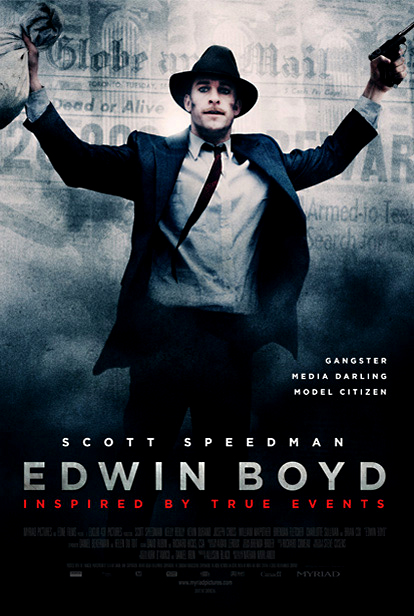 If you're missing Saturday's screening of Ecstasy at the Grand Theatre, you'll have the chance to see another flick filmed in the Sault on the big screen soon enough.

Both Edwin Boyd (which filmed on-location in the Sault in February of 2011) and The Collaborator (filmed in part here under the working title Longfellow in late 2009) will be screened during this year's Shadows of the Mind Film Festival.

Although it is only tentatively booked, the Shadows of the Mind website indicates that The Collaborator will be shown at the Grand Theatre, 641 Queen Street East, on Saturday, March 3 at 9:30 p.m.

Edwin Boyd will screen the following morning, Sunday, March 4 at 10 a.m. at Galaxy Cinemas in the Station Mall.

Other confirmed film screenings include Starbuck during the festival's opening night gala at Sault College on Wednesday, February 29; Cave of Forgotten Dreams at Galaxy Cinemas on Saturday, March 3; and A Dangerous Method on Sunday, March 4.

Film titles, times and locations are subject to change.

For more information about this year's Shadows of the Mind Film Festival, please click here.