Searchmont Resort is seeking support in its battle against not only the unseasonably warm climate, but the economic climate as well. Colin Wilson, general manager of the resort said Searchmont Ski Association, Inc.
0
Dec 22, 2015 4:57 PM By: Kenneth Armstrong 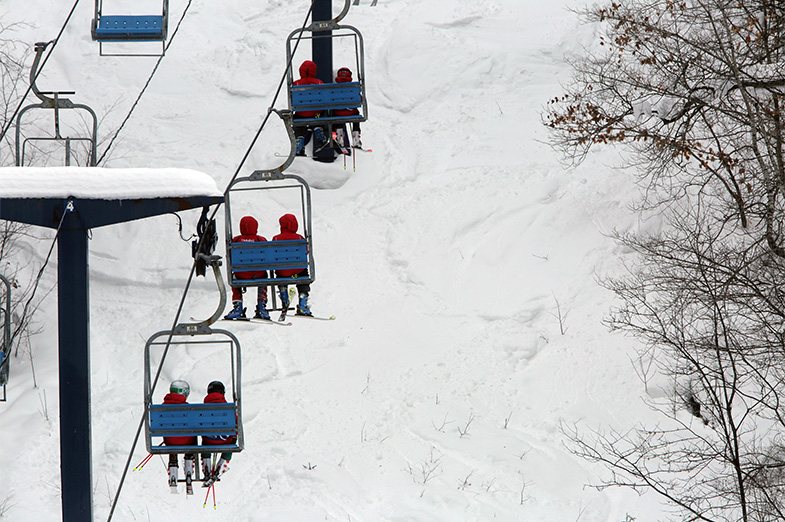 Searchmont Resort is seeking support in its battle against not only the unseasonably warm climate, but the economic climate as well.

“They are a partner in this project and they are the landlords of the asset, so we are in discussions with them as we move forward,” said Wilson.

Wilson said the unseasonably warm weather was not in the game plan when the resort planned for an ambitious December 12 opening day.

That date was later pushed back to December 19 due to the warm weather and last week the resort announced an opening date was no longer certain.

Wilson said the hill is in the best shape it has been in years, but the approximately $400,000 in investments made over the summer by the EDC will mean little if there isn’t enough snow.

The resort incurs costs — including the $10,200 a month lease payment, ‘considerable’ insurance costs and utilities — whether there is snow on the ground or not.

“We have to focus on keeping the place alive. We’re doing what we can with the resources we have,” said Wilson.

Tom Dodds, CEO of the EDC, said he is actively working with SSAI for a solution to the shortfall.

“We’re trying to figure out what are the funding sources and who might be prepared to make a commitment in the short term — whether it be in the form of a cash contribution, a repayable loan or deferred payment. It’s all of those things that will allow the hill to open up and get running so it can create revenue,” said Dodds.

He likens the short-term ownership of the hill to the EDC's efforts to revive the ACR passenger service.

“We looked at these things and said, ‘in the lack of our engagement they would be gone already,’ said Dodds.

Wilson said Searchmont is not the only resort facing troubles due to the warmer-than-usual weather.

“Across Ontario and Michigan people are really feeling the pinch. If you look at bigger mountains like Blue Mountain, they are opening their summer activities,” said Wilson.

He said the hill did receive 10 to 15 centimetres of snow over the weekend, but with temperatures just above freezing the ground isn’t frozen and much of it has melted.

Those temperatures are also not low enough to begin the process of making snow.

“We need -4 [degrees Celsius] for a while in order to blow snow,” said Wilson.

This will be the first full season that the not-for-profit SSAI is taking on an operating-only role — after years of running it as owner-operator — as a result of the Sault Ste. Marie Economic Development Corporation (EDC) buying out the mortgage for $750,000 and spending an additional $750,000 on unpaid bills.

There is no for sale sign currently on the resort, but Dodds has made it clear the EDC does not want to be in the ski business.

“In 2016 we would love to get a commitment — when we’re finished doing all of the work we are doing — to sell it but in order for us to do that we need to get permission from the funding agencies to do that,” said Dodds.

“This board and staff have worked diligently to tighten the finances. But the accumulated deficit from years and years of on-going deficit — there’s been quite a few years since it has run a profit — carry over year-over-year. We’re left with those bills to pay. It really limits you when the cash-flow isn’t there,” said Wilson.

He added, “we have done our planning and really stuck to our budgets, but at this point we didn’t expect we would be holding off this long.”

Some revenue is coming in to the resort through seasons passes and group sales. “Because of the economic climate and some of the peripheral activities, those sales have been dramatically less than previous years,” said Wilson.

SSAI is taking the unusual step of seeking donations from the public to keep the resort alive.

“At this point we’re just trying to reach out to the stakeholders and the community to see if there is any way we can get some support,” said Wilson.

Searchmont to the community: Got any money?