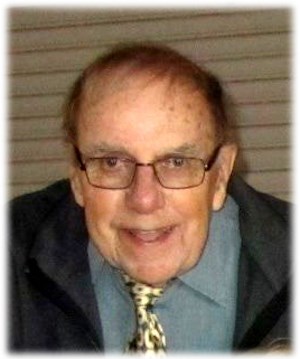 The Sault entertainment community is mourning the loss of jazz musician, artist and friend Bob Jenkins.

Jenkins died at the F.J. Davey Home Sunday. He was 90.

Within the Sault music scene, Jenkins excelled first as a drummer, then moved on to master the vibraphone.

“We played in a band called The Stark Ravens and jammed in other bands occasionally. His nickname to us was Bob ‘Jupiter’ Jenkins. Bob was a talented visual artist and versatile musician. He was a hard-core fan of jazz music and played with many great jazz musicians in the Sault. Bob always had a wealth of musical knowledge to share and was well equipped with quick comebacks and a dry sense of humor. He will be missed,” said local piano and sax player Eugene Gassi.

“I started playing music here in the Sault in the 1960s and Bob was the drummer with a band called The Crescendos,” recalled local trumpeter Jay Dinsdale. “I was in a different band. One band would play for an hour, then the other band would play for the next hour. We would swap back and forth.”

“One thing that stood out in my mind was we walked off the stage after finishing a set (during the 1960s) and Bob was walking on. Bob grabbed me by the arm and said ‘what was that last song you played?’ I told him what it was and he said ‘you know, that’s the only thing you play that’s any good!’” Dinsdale recalled with a laugh.

The two men lost contact, but years later, as retirees, played with each other in the Happy Days Band at Royal Canadian Legion Branch 25, where Dinsdale reminded Jenkins of that remark made in the 1960s.

“He said ‘oh yeah, I could be pretty cocky back then,’” Dinsdale chuckled.

“He was a great character to have around. It’s sad to lose an old friend,” Dinsdale said.

“Bob and I did a lot of duo gigs and other ones with bands at Rotaryfest, the Bondar Pavilion, events at the Marconi, on Queen Street, Docks, LopLops...we kept pretty busy,” said local jazz guitarist Lindsay Pugh.

“He absorbed a lot of jazz over the years. He saw these jazz legends in the 1950s when they would come through town. He met Duke Ellington and gave him something he had drawn for Duke, as Bob was quite the accomplished artist as well at CJIC TV. Then Duke Ellington would send him a Christmas card every year. That was kind of cool. He was kind of ‘living history,’ still playing live gigs until he was 83 or 84.”

Jenkins rebounded back into performing even after being struck by a vehicle in 2012 when he was 82.

“We always talked about how it’s not easy in Sault Ste. Marie being just jazz, because when he was coming up it was more of a country music scene, and then rock and roll, but he stuck to jazz the whole time.”

“He had lots of corny jokes, lots of puns. He’d go on with a long story and you’d wonder where it was going and it would turn out to be heading toward a groaner punch line,” Pugh fondly remembered.

“He was full of life, full of spirit. He was a wonderful person to hang out with. He just enjoyed being around people. He was an inspiring person to be around because he didn’t let too much get him down. He loved music. He loved people.”

Of Jenkins skill as a visual artist, friend Robbie Adamson said, “I met Bob Jenkins when I was a young man in the early 1990s. We were both percussionists and we both had a love of jazz, but the most striking similarity was that we were both cartoonists.”

“We traded jokes and puns like wildfire for years and he always encouraged me to try to go places with my art. He faithfully submitted his work to the Sault Star for decades and whenever he made a sale I was the first to know.”

“‘I got paid again Robbie, a whole eight bucks (Jenkins would say). I wish someday they'd just round it up to ten.’ That was Bob. Determined, modest, reliable, funny.”

Adamson said a Jenkins cartoon was rejected by MAD Magazine in 1951.

“It read something like ‘thank you for your contribution. At this time we deem your work to be too juvenile for our readers.’"

“Too juvenile for MAD? In 1951? That is something only certain people can be proud of. I’m one of those people. Bob Jenkins will be missed,” Adamson said.

“We (local musicians) definitely want to plan something for when the pandemic allows us to have a big celebration of Bob’s life. That’ll be in the works for sure.”