Agrees with critics, says Wynne government has dropped the ball on wind farms
Jul 16, 2017 9:00 AM By: Darren Taylor 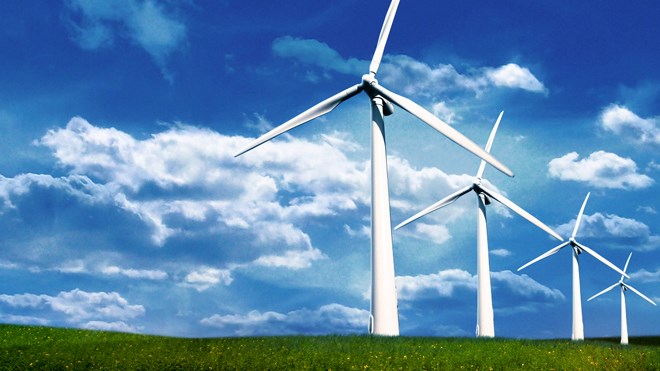 Sault inventor Reno Barban is working to bring his Trillium wind turbine blade to the market, which he says are more efficient than these conventional wind turbines. File photo.

Reno Barban, a Sault Ste. Marie-based architect and engineer, who is currently working to bring a new, more efficient wind turbine blade to the renewable energy landscape and create a manufacturing facility for those blades in the Sault, is in full agreement with a recent Toronto Sun article which slams the Ontario government for what it calls mismanagement of clean electricity in the province.

“This happens during periods of low electricity demand, and the province’s generated power is power consumers don’t need, and it can’t be exported, they have to dump it,” Barban said.

“Nu-Phase Technologies, however, is in the process of obtaining international protection on patents for wind turbines that will not only produce substantially more power (which was confirmed by the University of Western Ontario), but will also store that ‘otherwise wasted energy’ during periods of low demand and is able to add it to the regular generated power during periods of ‘high demand.’”

In addition, wind power critic Eric Rosenbloom said “owing to the variability of wind, only 20 per cent of the conventional turbine rating is actually produced.”

“The rating for smaller individual turbines is even worse,” Barban added.

As confirmed by a four-and-a-half year case study conducted by Morrisville State College in New York, only seven per cent of the turbine rating was produced.

“Nu-Phase Technologies has patents pending on new technology that will be able to increase the 20 per cent conventional turbine rating to at least 50 to 70 per cent,” Barban said.

“Combining the substantially greater power of the Trillium turbine blades with the power stored and the improved turbine rating, Nu-Phase Technologies Trillium turbines can produce at the very minimum 30 times more power than the existing conventional turbine, and do it during periods of high demand.”