Battle between Pointe Estates developers, concerned residents, dates back to 2013; national media to appear as intervenors at hearing
Oct 30, 2019 6:29 PM By: Darren Taylor 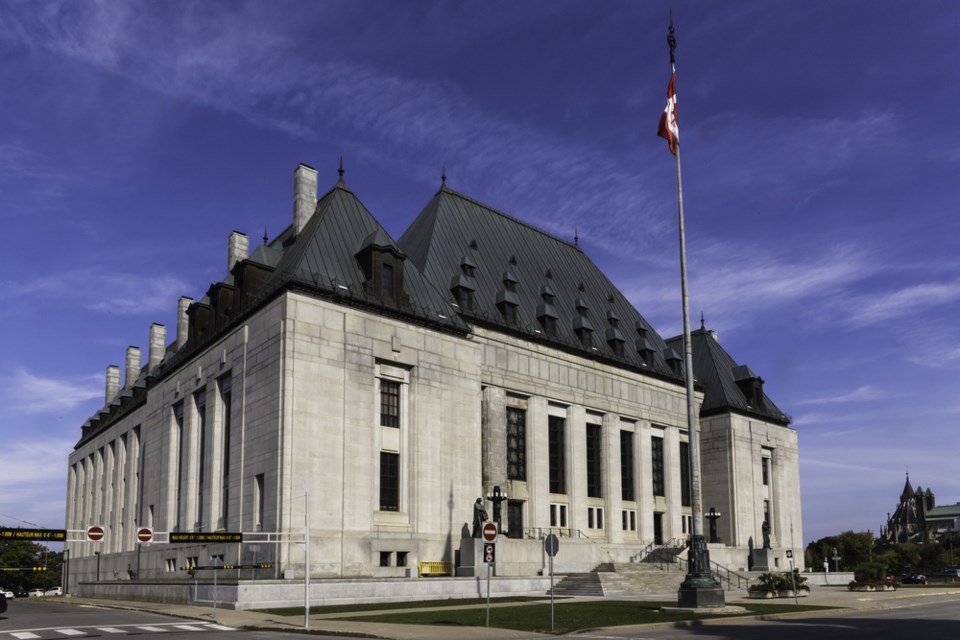 For several years, Sault developers Jeff Avery and Dr. Patricia Avery’s plans for a Pointe Estates subdivision in a rural area of the city’s far west end has been the subject of hotly-contested legal battles between the couple’s lawyers and the residents group Pointes Protection Association (PPA).

As reported earlier by SooToday, the matter is now headed to the Supreme Court of Canada, to be addressed in a one-day hearing in Ottawa Nov. 12.

The Supreme Court’s decision is expected “in five or six months,” said Orlando Rosa, lawyer for the Averys, speaking to SooToday Wednesday.

The Supreme Court hearing has generated a great amount of interest, with several entities getting permission to speak as intervenors in the legal battle on PPA's side, including women’s groups, the Ecojustice Canada Society, Greenpeace Canada, the Canadian Civil Liberties Association and numerous media companies, including CTV, Global News, Aboriginal Peoples Television Network and Postmedia.

Each intervenor (10 in total) will be permitted five minutes of argument at the hearing.

Rosa said PPA, which has challenged 1704604 Ontario Ltd. (the company owned by the Averys) and its plans for the Pointe Estates development from the beginning due to environmental concerns, won its most recent court battle on the grounds it had been the victim of a Strategic Lawsuit Against Public Participation (SLAPP).

Earlier, 1704604 Ontario Ltd. filed a claim against PPA and its directors, claiming PPA overstepped the mark by blaming the Sault Ste. Marie Region Conservation Authority (SSMRCA) board for initially approving the Avery's Pointe Estates project to go ahead Dec. 14, 2012.

PPA also successfully fought off an Avery appeal after a lengthy Ontario Municipal Board (OMB) hearing held in Sault Ste. Marie in November and December 2014.

“The way they (PPA) conducted themselves (during the OMB hearing)...offended the terms of the agreement (to not hold the Conservation Authority board responsible),” Rosa said.

“We argued the motion before a judge in the Sault and PPA’s motion was dismissed. PPA appealed to the Ontario Court of Appeal and the local judge’s decision was overturned. We then sought leave to the Supreme Court of Canada to overturn the decision of the Ontario Court of Appeal, and we were granted leave (the opportunity to appear before the Supreme Court),” Rosa said in a chronological review of events.

“That doesn’t happen very often (to be allowed to take such a matter to the Supreme Court),” Rosa said.

“We’re going to try to get the Supreme Court to overturn the Ontario Court of Appeal, and we want the lawsuit to continue.”

“There’s a claim for damages. The breach of the contract harmed the company that owns the land,” Rosa said, though he did not provide a dollar figure for those damages.

“We’d have to prove that damage at the trial.”

The Ontario Court of Appeal, Rosa said, ruled in favour of PPA after it claimed it was a victim of a Strategic Lawsuit Against Public Participation (SLAPP) under new, recent Ontario legislation.

“We’re saying ‘no, it’s not that.’ It’s not about restricting their right to public participation because they’ve already had that. We’re saying the lawsuit’s about a breach of contract (regarding PPA’s laying blame on the Conservation Authority).”

That means 1704604 Ontario Ltd., represented by Rosa, will be waging an anti-SLAPP battle before the Supreme Court.