Sam is not forgotten 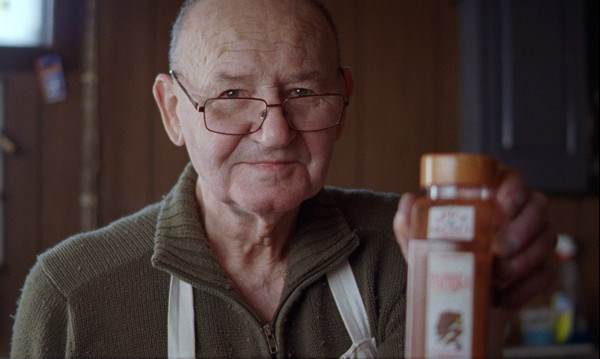 Sonya Stefan is thrilled with the attention being paid to a short-subject documentary film showcasing her father’s sausage-making skills.

Directed and edited by Stefan, a Sault Ste. Marie native now living in Montreal and working as a visual artist and dancer, the film shows a family having fun as Salvatore (Sam) Stefan teaches Sonya, her brother Peter and her best friend Peter Trosztmer the culinary art of preparing homemade sausage.

Shot at Salvatore’s home in Sault Ste. Marie in February 2014, Sonya edited the film in April 2016, shortly before her father passed away June 13.

“He welcomed a three-person film crew (in addition to brother Peter and Trosztmer) with a ton of equipment we brought into the house and he fed us.”

“When we came to the film shoot he was serious about it, but at the same time he had a sense of humour.”

“I have to say he was probably the best filming experience I’ve ever had,” Stefan said.

Her father immigrated to Canada from Italy in the 1960s and worked as a welder and pipe fitter at Algoma Steel.

“Like many Italians, he made wine and sausage every year, he had a big garden…the film is the only recorded thing I have of what he used to do,” Stefan said.

Does the film’s title suggest children aren’t learning and continuing with traditional, old-world skills practiced by their parents?

“I probably should have paid more attention and learned how to do all these things from him a long time ago,” Stefan said.

“All this food preparation that my Dad had, the garden, the meals we had, I’m realizing I like that and I’m starting to go back to it.”

Armando Pozzebon, Salvatore’s best friend, appears toward the end of the 11-minute film to add to its genuine, day-in-the-life feel.

“What’s funny is that Armando dropped by the house every single day and I forgot that he did this, so while we were shooting he dropped by…in the beginning we were being more serious, like a cooking show, but then in the end it just ended up like how we really are.”

“It got into the competition category at a film festival here in Montreal…the screening was great and then I randomly sent it to Air Canada, thinking maybe they would like it and play it as one of their in-flight movies,” Stefan said.

Air Canada did indeed like the film, and Stefan learned the airline would add it to its in-flight film lineup just two days after her father’s death.

“I just flew back from Europe September 28th and funny enough, the trailer for it is being advertised,” Stefan said.

The film will be shown on Air Canada flights beginning October 15, Stefan said.

“I’m delighted, but at the same time a little sad…I’m so happy we have this document of our Dad,” Stefan said.

Old Processes Forgotten has been selected for the 2016 Air Canada enRoute Film Festival.