A group of approximately 100 retirees, represented by Sault-based United Association of Plumbers and Pipefitters Local 508, is alarmed about recent developments in regards to their pensions. 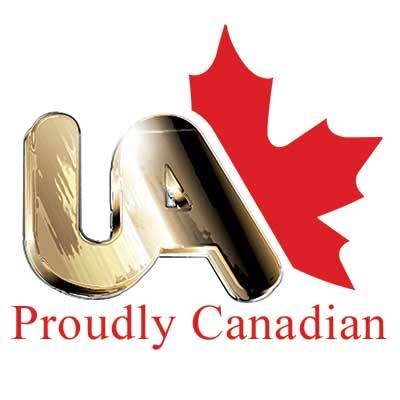 A group of approximately 100 retirees, represented by Sault-based United Association of Plumbers and Pipefitters Local 508, is alarmed about recent developments in regards to their pensions.

The group of retired skilled labourers (or their widows) were informed only three months ago by pension trustees that their pension payments will decrease by a whopping 22.1 percent beginning September 1.

“When I signed my pension 12 years ago there was not one word in that document that said my pension would change over the course of my life,” said the retired steamfitter and welder, who asked not to be identified.

The development stems from an amalgamation of the Sault’s Local 508 with Sudbury’s United Association of Plumbers and Pipefitters Local 800.

Higher union officials ordered the amalgamation of the Sault and Sudbury locals.

Because the Sudbury local’s pension is in better financial shape than the Sault’s local, and because Ontario government regulations stipulate that under amalgamation, the two pension plans must be equal, retirees of the Sault’s Local 508 are bearing the brunt in order to make the two plans equally healthy for active Sault and Sudbury members, the retiree said.

Mergers such as this, the retiree said, are not uncommon.

Of the amalgamation of the Sault and Sudbury pension funds, the retiree said “there’s been this huge push to get it done instead of allowing some time for adjustment.”

“They’re saying this is an equal hit for both retirees and active members, but active members have a chance to make that up over time, retirees don’t. “

“There are quite a few widows involved, and every penny counts for them.”

The retiree also wondered why the Sault local’s pension fund was in poor shape to begin with.

“I was a pension trustee years ago, and when I was an active member our pension plan was in excellent shape by the time I retired.”

“Since 2004 this pension fund has not been doing well and they’ve done nothing about it,” he said.

“They had opportunities over time to adjust the plan, to take care of this shortfall, but nothing was done over the past 10 years, and that just astounds me.”

Retirees have not been allowed to meet with pension trustees, he said.

“We approached them to have a conference with the trustees, but we were flatly refused, they didn’t want to talk to us.”

Sault MPP David Orazietti has been notified of the retirees concerns, and the group of retirees has banded together and is now receiving legal advice from a Toronto lawyer.

The pension trustees, in turn, have hired a lawyer of their own.

“This is an internal matter not open for public discussion,” an official with Sault-based United Association of Plumbers and Pipefitters Local 508 told SooToday.com Friday.

A call today to Sudbury’s United Association of Plumbers and Pipefitters Local 800 was not returned.