NEWS RELEASE ASSOCIATION FOR THE PROTECTION OF FUR-BEARING ANIMALS ************************* Ontario wildlife at risk from MNR proposals ONTARIO - Sweeping changes to the Ontario Fish and Wildlife Conservation Act could lead to ecological warfare in
SooToday Staff Jan 14, 2013 10:33 AM 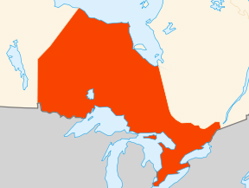 ASSOCIATION FOR THE PROTECTION OF FUR-BEARING ANIMALS

ONTARIO - Sweeping changes to the Ontario Fish and Wildlife Conservation Act could lead to ecological warfare in Ontario communities, the Association for the Protection of Fur-Bearing Animals (APFA) warns.

The deregulations - named as efficiencies by the government - will remove important questions and processes currently in place to increase safety and prevent accidents, provide alternatives to lethal enforcement in conflict situations and, at times, end needless slaughter of young and at-risk wildlife.

"Municipalities are beginning to look at co-existence models as a way to handle wildlife conflict," explains Adrian Nelson, spokesperson for APFA. "But if the Ministry of Natural Resources successfully removes restraints from the utilization of hunters and trappers, interest in co-existence will drop dramatically."

Currently, municipalities in Ontario require a permit from MNR prior to hiring a hunter to kill wildlife they deem problematic.

Co-existence models are proving successful with various species - coyotes in Niagara Falls and beavers in Cornwall, as examples.

In these models, education, enforcement and non-lethal measures are put in place to ensure a healthy ecosystem and end wildlife conflict.

"The entire community in Niagara Falls really got behind the co-existence plan," says Lesley Sampson, co-founder of Coyote Watch Canada (CWC). "Conflicts and sightings dropped and everyone - from children to seniors - found a new respect for the environment."

Additionally, the harassment and subsequent killing of wildlife including raccoons, foxes, coyotes and wolves will no longer require a permit.

"Anyone with a gun and a hunting license will be able to collect tax dollars for killing animals on municipal property," Nelson adds. "Not only is this a serious ecological problem, but clearly a massive safety issue."

Residents and municipalities across Ontario are being urged to contact both the Ministry of Natural Resources and their local Member of Provincial Parliament to end the proposals before it is too late. Public consultation is being accepted until January 21, 2013.

Statistics relating to hunting accidents, domestic animals being caught in traps as well as images of hunting and trapping are available upon request.

Information regarding the deregulations can be found on the Government of Ontario's website.