Municipalities will receive twice as much gas tax funding this year as part of federal budget; Prince Township will put that money toward Walls Side Road project
0
Apr 25, 2019 1:26 PM By: James Hopkin 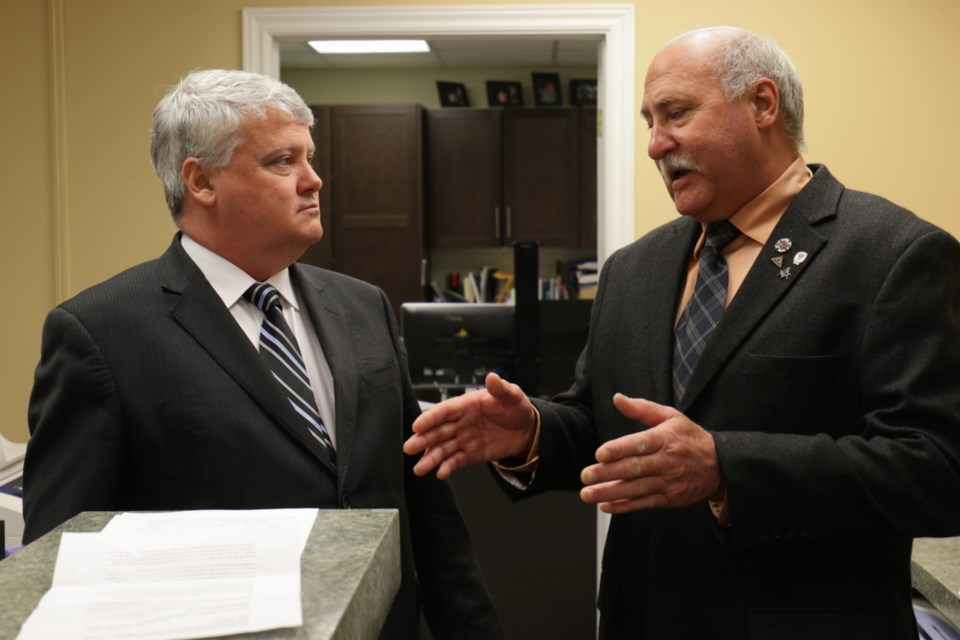 Prince Township will be able to start rehabilitation work on Walls Side Road as a result the federal government’s move to double its gas tax transfer payments to municipalities.

“Our purpose is to get money out the door, to get shovels in the ground for communities like Prince,” Sault Ste. Marie MP Terry Sheehan told reporters at the Prince Township Municipal Office Thursday.

Prince Township Mayor Ken Lamming says that so far, engineering work for the Walls Side Road infrastructure project is done, and that the township has applied for grant money in order to complete the road rehabilitation.

Lamming hopes that work on Walls Side Road can begin as early as next spring.

“We have to reconstruct the whole road, which is almost a $2 million job,” said Lamming. “We’re putting in a grant for that, and we’re hoping to use this money [as a part of] that.”

“We’re going to put it in reserve for now, and hoping to use it on Walls Road. We got a few roads we’re doing this year, like Town Line and Base Line, but the main money for this will probably go into reserve until we put the shovel in the ground for Walls Road."

Sheehan says the funding top-up is a direct response to the province, following a $11.8 billion infrastructure agreement between the federal government and Ontario signed last year.

“We want to see that money go out the door, because we weren’t seeing a lot of that $11.8 billion - that we signed with the provincial government back in March 2018 - going out the door,” Sheehan said.

The township will have five years to spend the additional funding, which was delivered through this year’s federal budget.

“Everything helps,” said Lamming. “It’s hard on a small municipality to try and raise money to do things.”

COVID-19: Here's the situation in the Sault today
May 24, 2020 4:38 PM
Comments
We welcome your feedback and encourage you to share your thoughts. We ask that you be respectful of others and their points of view, refrain from personal attacks and stay on topic. To learn about our commenting policies and how we moderate, please read our Community Guidelines.