Sprucing up - Pim Street City Council has thrown its weight behind a new association representing businesses in the Great Northern Road/Pim Street area.
Jul 23, 2002 1:00 AM By: David Helwig 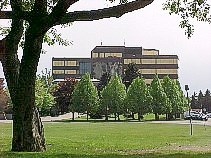 City Council has thrown its weight behind a new association representing businesses in the Great Northern Road/Pim Street area.

The businesses have been meeting to form an Uptown Beautification Association, with representation from City Council, Building an Extraordinary Community, and the City's planning, parks, public works and transportation staffs.

The group wants to address inconsistencies in the appearance of commercial properties, and City Council passed a resolution on Monday endorsing the group's efforts to organize and improve its business area.

Advised that judges from the Communities in Bloom competition will be in the Sault on August 5th and 6th to review the City's tidiness, landscaping and natural beauty, Ward 4 Councillor Neil DelBianco pointed out that tall grass is a problem locally.

DelBianco is asking homeowners and business establishments to cut any overgrown grass before the judges arrive.

In keeping with its recent practice of beautifying private property and adding the cost to the tax bill of the offending property owner, the City's Supervisor of Building Inspections Ben Nanni wanted Council to approve cutting some tall grass on a vacant lot at 4 Chestnut Street.

But before Nanni's request got to Council on Monday night, City staff had changed their recommendation, asking that the grass not be cut because there's "virtually no hope" of ever recovering outstanding taxes on the property.

In 1996, Council approved demolition of a residence on the property. Two years ago, it hired a contractor to cut the grass there.

The property owner is dead, the bill from those two jobs remains unpaid and there's little chance of collecting, Council was told.

The City's expected to try to recover its losses with a tax sale.

In the meantime, the grass persists in growing, in flagrant violation of section 13.3 of City Bylaw 76-185.

City Council accepted, without comment, a report from the Local Architectural Conservation Advisory Committee (LACAC) recommending that the entire Queen Street facade of Memorial Gardens be preserved and incorporated in the design of any replacement structure built by the City.

LACAC is expected to explore the issue further with the City's Arena Study Review Committee.

Blockhouse visitors to be welcomed with guns

The Ermatinger-Clergue National Historic Site has obtained a special exemption from a bylaw prohibiting the discharge of firearms within the City limits.

The Black Powder Group will be allowed to demonstrate the loading and firing of heritage firearms during Thursday's "house-warming" event at the Clergue Blockhouse.

The exemption is limited to between noon and 4 p.m.

Dennis Monaghan is not Tom Monaghan

Joe Fratesi advises that Dennis Monaghan is getting $4,000 added to his bear-control contract, to set those new traps being supplied by the Ministry of Natural Resources.

In an article on Saturday, we referred to Dennis as 'Tom' Monaghan.

SooToday News profoundly regrets this error and any embarrassment it may have caused to Tom Monaghan, the founder of Domino's Pizza Inc.

All that could quickly change, however, as nuisance-bear management emerges as one of Ontario's hottest growth sectors.

In our Saturday photo feature, SooToday published an image from the Community Day Parade of Mayor Rowswell and City Councillors Neil DelBianco and Lou Turco on top of a fire truck.

We called them "the three amigos" because they were all wearing sombreros. Another media commentator alluded to the parade's "three blind mice."

Amigos, mice, or whatever, we've since been advised that there were actually four of them.

Ward 2 Councillor Tony Ryma, we're told, was inside the fire truck with his kids.

SooToday News is pleased to set the record straight on this matter of critical public interest.

Mother said it's not polite to make comments

But what did she know? Your comments about the news are always welcome at the News Response feature on our Editorial page.