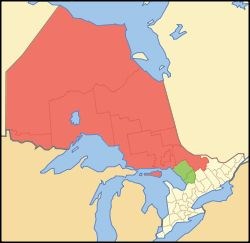 NORTH BAY - A North Bay petition with more than 1,700 supporters is gaining momentum in the community.

Here’s what it states:

"The Ontario Government has caused a divide of this beautiful province and vacating as well as segregation of the People of the North in order to solely get votes and not worry about the outcome or affects on Northern Ontario therefore an expansion of provinces is needed. In the 1970's the Northern Ontario Heritage Party saw the same issues and we're right on track.

Ed Deibel has been down this road before.

More than 40 years ago, Mr. Deibel and a group of northern supporters camped out on the lawn of Queen’s Park demanding to meet with then-premier Bill Davis.

Deibel eventually got in and asked Premier Davis if he would support a plebiscite on whether Northern Ontario should or could be its own political entity.

While he supports the petition, he believes getting the governments attention on this topic will be a challenge.

“We don’t have any power and that petition with two or three thousand names, they won’t give it the time of day,” said Deibel.

“But if we could have a party and elect 11 members who are there every day.  That’s the goal to elect them to the Ontario Legislature, we don’t need a new province.”

However, he’s glad his old idea is gaining some new youthful momentum.

Check out the petition here