Hello Cannabis CEO says new store will be more than just a place that sells weed, after cannabis saved him from opioid addiction
Feb 23, 2020 7:30 PM By: James Hopkin 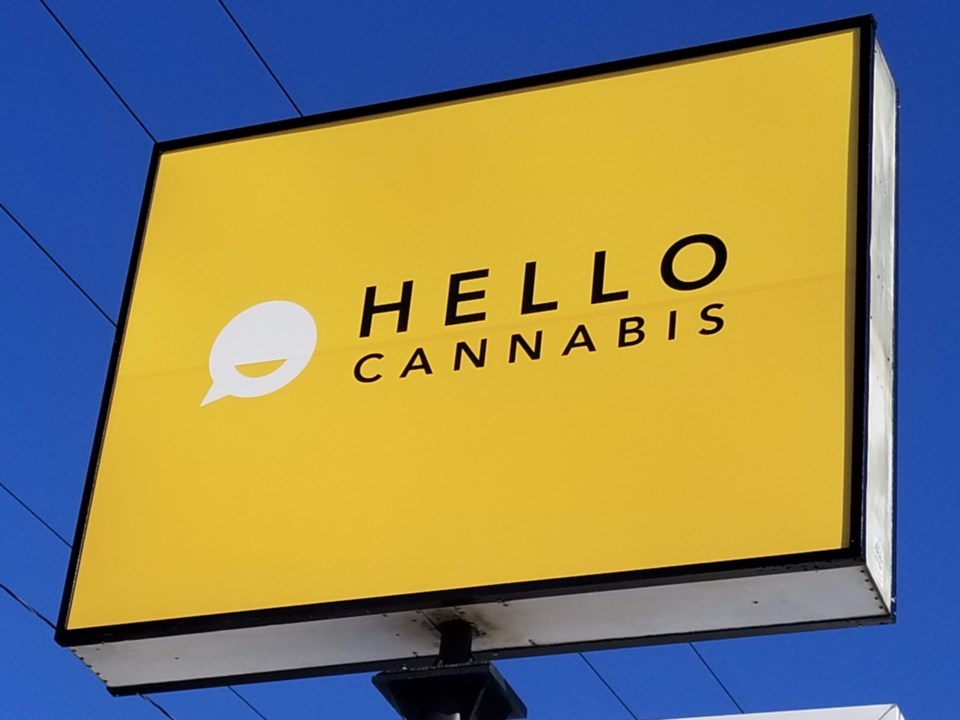 There’s less than two weeks to go before Hello Cannabis opens its doors in Sault Ste. Marie, and that has both management and ownership budding with anticipation.

On Friday, owner and licence lottery winner Tom Miszuk, who is in partnership with Hello Cannabis, confirmed the city’s first retail cannabis store will open to the public Friday, March 6 at 10 a.m.

“We’re at the five yard line right now, and we got four downs to punch it in. We’re not going to go into overtime,” Miszuk told SooToday.

The news comes after the City of Sault Ste. Marie filed a submission with the Alcohol and Gaming Commission of Ontario (AGCO) outlining its concerns with the store's proximity to Soo Pee Wee Arena during the AGCO public hearing period.

“We did all our stuff through a legal source, and we were confident that we had no breaches of anything that the city or the AGCO was demanding of the regulations,” said Miszuk, who received approval from AGCO just over a week ago. “We’re opening in the correct place.”

The 20 local employees hired by Hello Cannabis were in training at Quattro Hotel and Conference Centre all last week, using educational materials developed in-house by the company.

Hello Cannabis CEO Stephen Verbeek says the company’s training program drew on, in part, from its own trial and error in opening its first cannabis retail store in Dundas, Ont.

“We were able to learn from some of our mistakes prior, and fortunately, we were able to build our own proprietary training program, and we have a full team that was able to come in here and spend an entire week with the local Sault Ste. Marie population that we hired,” he said.

Verbeek - who has been representing the Canadian Chamber of Commerce as a cannabis advisor - was joined by general manager Frank Germana and education and content development director Amber Johnson, who notably instructed the first course to focus on medical cannabis for business professionals at Durham College in Oshawa, Ont.

“We’re anticipating the Sault Ste. Marie store to launch even smoother, and for Sault Ste. Marie to get an even better experience than we had in Dundas, which was actually the number one peer-reviewed store in the province - so we’re elated that we were able to be one of the first entrants in here,” said Verbeek. “In my opinion we absolutely knocked it out of the park the first time, and we were able to even improve that further and have a wholly dedicated team for an entire week to train the staff here.”

Assistant store manager and Saultite Leeann Charrette tells SooToday that on top of all the local hires, all of the new store’s infrastructure was sourced here in the Sault.

“This store actually used everybody local, from their building products to their painters. Anything that needed to be in the store was local,” said Charrette. “The only people that came in from outside [were] the educators and the trainers.”

Although Hello Cannabis will be stocked with flowers and oils, management and ownership says it’s still waiting on the arrival of products known as Cannabis 2.0 - which will include a number of edibles, vapes, topicals, extracts and beverages - due to shortfalls in the province’s supply.

Verbeek says once inside the new store, customers will be able to make educated decisions with the help of staff, in addition to sensory jars and rotating menus containing information on cannabinoids and terpenes profiles of the store’s product offerings.

“We’ve been able to derive enough data to more or less determine what type of experience the customer is looking for,” said Verbeek. “Ultimately with that education, we think we’re going to be able to give them a far superior experience than they’ve ever been able to experience in either the black market or in many other legal retail stores in the province.”

Hello Cannabis feels it can fill a void in Sault Ste. Marie, given that the company’s first mandate was to help offset the opioid crisis in Hamilton due to Verbeek’s own experience with opioid addiction.

“I sustained a rather tragic injury that rendered me into a wheelchair for six months, and I was prescribed six milligrams of Dilaudid every four hours. That’s enough to shoot up every three times every four hours, 24 hours a day if you’re using it recreationally,” Verbeek told SooToday. “So long story short, I was a chronic opioid addict, pharmaceutically.”

“I had a three-month prescription of that, and then it was going to be a permanent prescription thereafter. I quit cold turkey after two months, and I had nearly lost my life from the withdrawal symptoms. Medical cannabis was recommended to me by a home care specialist that was visiting me at my house twice a day when she learned that I hadn’t ate or slept for three days.”

Verbeek eventually began volunteering at fracture clinics in Hamilton, where he saw the opioid crisis firsthand.

“I come from a place of extreme privilege - I’m not naive to that - and I barely survived this,” he said. “I was able to experience this firsthand and barely was able to escape with my life, and I’m very grateful for that. We wanted to give back and use what I had learned, and the tools and resources that I had as a privileged person to be able to start positively affecting the community.”

“When I was expressing this story to somebody before we opened up our first medical cannabis clinic, I was ranting about opioids and saying, ‘goodbye opioids, screw this, it’s not good for you.’ My co-founder looked at me and he said, ‘goodbye opioids, hello cannabis.’ And that’s how the name actually derived.”

And now, Verbeek hopes Hello Cannabis will have a positive impact in Sault Ste. Marie.

“Tragically, we’ve been able to learn and see firsthand - and knew this prior - that Sault Ste. Marie has had, unfortunately, quite a lot of substance abuse problems, like many other areas,” said Verbeek. “But this seemed to be very pronounced here.”

“Many of them are aware of this, or unfortunately experienced this firsthand, so this is going to be very strong community involvement to try and prevent harm, and to be able to help alleviate some of the harm that’s caused here - and the data proves that having a legal cannabis store is going to have a material, positive impact on both alcohol abuse and narcotic abuse here. So with those experiences, I think that they are going to be able to take more than just selling weed. We go far above and beyond that.”