Norgoma board says it's locked out

Board members are vowing to regain access to 'thousands of artifacts' still on board
0
May 23, 2019 10:44 PM By: SooToday Staff 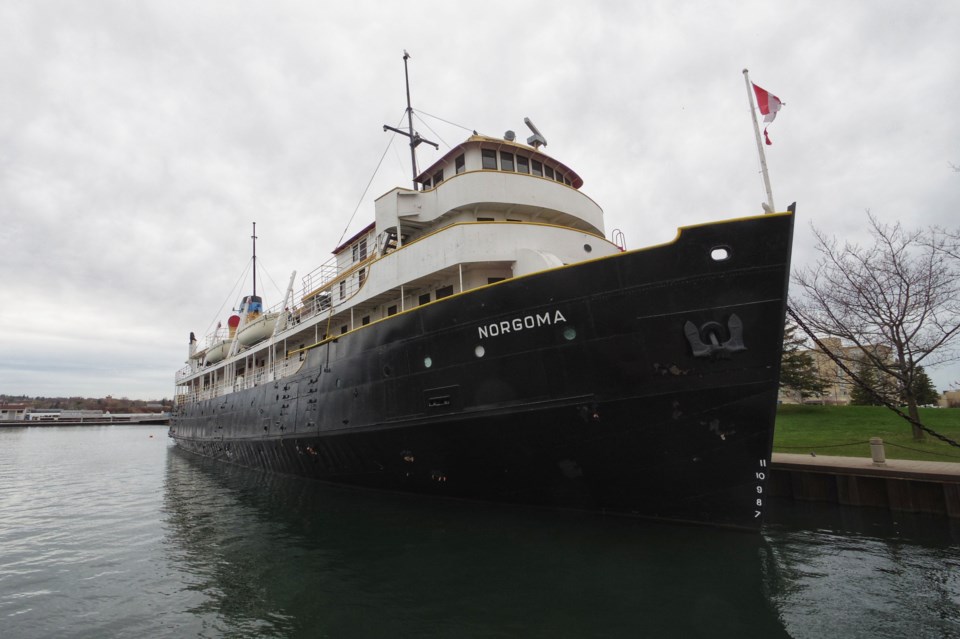 The MS Norgoma, no longer surounded by docks, is pictured on Wednesday. Michael Purvis/SooToday

The board of directors of the MS Norgoma says it has been locked out of the vessel and has been told by police that board members would be trespassing if caught entering the former passenger boat.

In a news release issued late Thursday evening, the St. Mary's River Marine Heritage Centre board alleges the city had the locks changed on the boat Wednesday, and that police were called on a volunteer after the board then “regained their rightful access to the MS Norgoma.”

The locks were changed once more following an incident with police - which the board says individuals attempted to break open a door - and the boat is now in the hands of the city, says the board. The Norgoma board says it is being denied access to “thousands of artifacts” still on board.

City council decided in March that the Norgoma would need to be removed from the Bondar Marina - where it has been moored since its decommissioning in the mid-1970s - by April 15 to allow for dock replacement. The old docks have been removed from the marina, but the city has yet to evict the museum ship, citing logistical challenges.

As of March, the city’s plan was to tow the Norgoma to the Purvis Dock at Algoma Steel, billing the $50,000 cost to the volunteer-run marine centre.

“The Board of Directors of the MS Norgoma condemns the actions of the City of Sault Ste. Marie, and will be pursuing the necessary channels to prove legal ownership of the vessel and regain access to it,” says the Norgoma board in a release.

City officials could not immediately be reached for comment.

Victim suffered 'major injuries' in Trunk Road motorcycle crash, say police
Jun 2, 2020 2:29 PM
Comments
We welcome your feedback and encourage you to share your thoughts. We ask that you be respectful of others and their points of view, refrain from personal attacks and stay on topic. To learn about our commenting policies and how we moderate, please read our Community Guidelines.