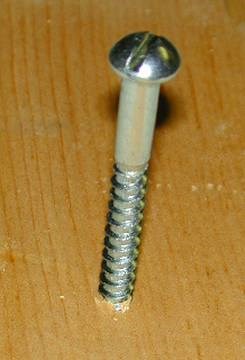 Yesterday, Ontario Superior Court Justice Gary Tranmer ruled that the residual value charge imposed on Boniferro by the Ministry of Natural Resources was collected unlawfully and must be repaid to the hardwood sawmill located on Third Line.

Justice Tranmer heard the case on December 4 and handed down his 20-page judgment yesterday.

He ruled that the residual value charge was in fact an illegal tax imposed on the lumber industry without authorization by Ontario's elected officials.

Tranmer directed the ministry to refund all residual value charges paid by Boniferro Mill Works since Boniferro took over the ailing mill in March of 2003, with interest.

"We're very excited and it's great news for us, for our employees and hopefully for the whole forestry industry in Ontario" Boniferro told SooToday.com. "Our next challenge will be to make sure they [OMNR] live by it."

Earlier, Boniferro had said his company alone has paid more than $1 million in illegal provincial taxes since March 2003, and that Ontario forestry operators had lost $100 million.

For more information on the case heard December 4, click here.

SAULT STE. MARIE – In a written ruling, Mr. Justice Tranmer of the Ontario Superior Court of Justice declared that the residual value charge (RVC) imposed by the Ontario Ministry of Natural Resources is a tax that the ministry had no lawful authority to impose or collect.

Through a court application started on August 20, 2007, Boniferro Mill Works asserted that the OMNR levied RVCs that negatively affected the profitability and long-term sustainability of the hardwood lumber mill and all of its employees.

The court upheld the application, ruling that Boniferro Mill Works is entitled to a complete accounting by the OMNR of all RVCs paid since March 13th, 2003 and a refund of same together with interest in accordance with the Rules of Civil Procedure and the Courts of Justice Act.

"This is great news for all of the employees of the hardwood mill in Sault Ste. Marie. This tax has been a financial burden on the growth and development of our company since 2003" stated Jim Boniferro, president and CEO of Boniferro Mill Works. "I look forward to concentrating on the many challenges facing our industry and continuing to build and grow on all of our past successes."

Boniferro Mill Works was represented by David Hamer and Gillian Slaughter of the firm McCarthy Tétrault. David Hamer expressed satisfaction with the court’s application of the settled legal principle that governments cannot levy any tax without clear authorization from the elected members of the legislature