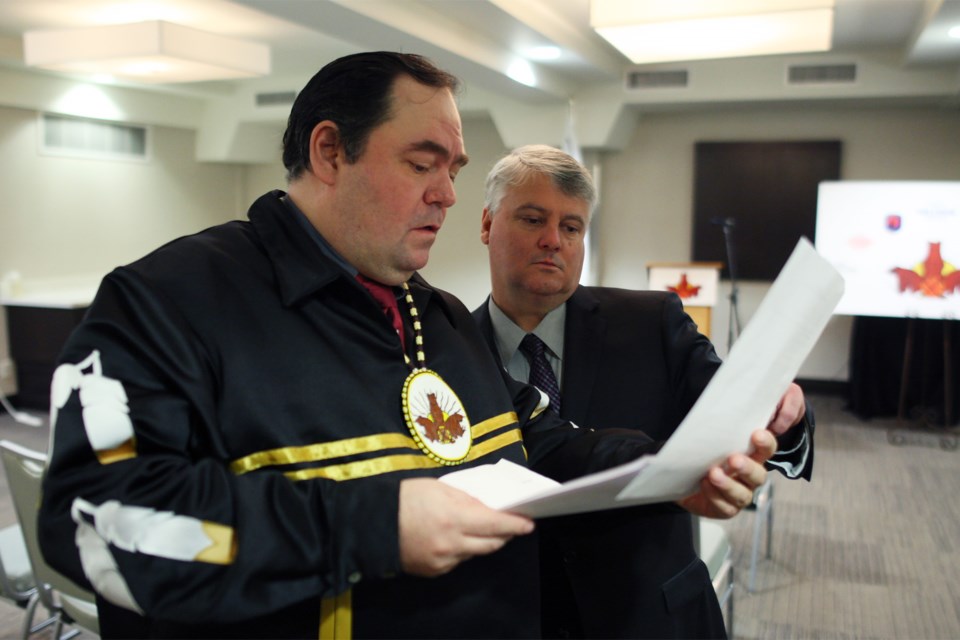 The settlement, announced Tuesday by Crown-Indigenous Relations and Northern Affairs Canada, includes approximately $150 million in financial compensation for the First Nation and also gives it the ability to buy up to 3,200 acres of land on the open market in order to expand its land base.

The claim revolved around reserve land Missanabie Cree First Nation was promised under Treaty 9 more than 110 years ago.

“We’re happy that we’ve come to some type of resolution,” said Missanabie Cree First Nation Chief Gauthier, who has been part of the negotiating process since 2013. “It’s one puzzle piece to a larger piece of reconciliation.”

“We’ve been negotiating this, litigating this - we’ve been part of this for a number of years, and it’s great that this part of the financial compensation is completed at this point.”

The federal government says the resolution of the settlement complements an earlier process that saw Missanabie Cree First Nation receive official reserve status and more than 9,000 acres of land from Canada in June 2018 for the creation of its first reserve land base.

"Congratulations to Chief Gauthier and Council for their hard work and to the beginnings of a new chapter,” said Sault Ste. Marie MP Terry Sheehan in a press release. “I want to recognize that this success comes from decades of work on behalf of Chief Gauthier, previous Chiefs and members of the Missanabie Cree First Nation community. This is an important step towards a renewed relationship based on the recognition of rights, truth and reconciliation and a renewed partnership. Most importantly, it creates new opportunities future generations of the community will be able to explore.”

“I look forward to continuing to work together with Chief Gauthier, Council and all members of the community."

Gauthier tells SooToday that a portion of the financial compensation has flowed to community members through per capita distribution, while another portion is being earmarked to cover past debts. The remainder of the funds will then be held for future projects.

Members of Missanabie Cree First Nation approved the settlement in a community vote, with 99 per cent of participants voting in favour of the settlement.