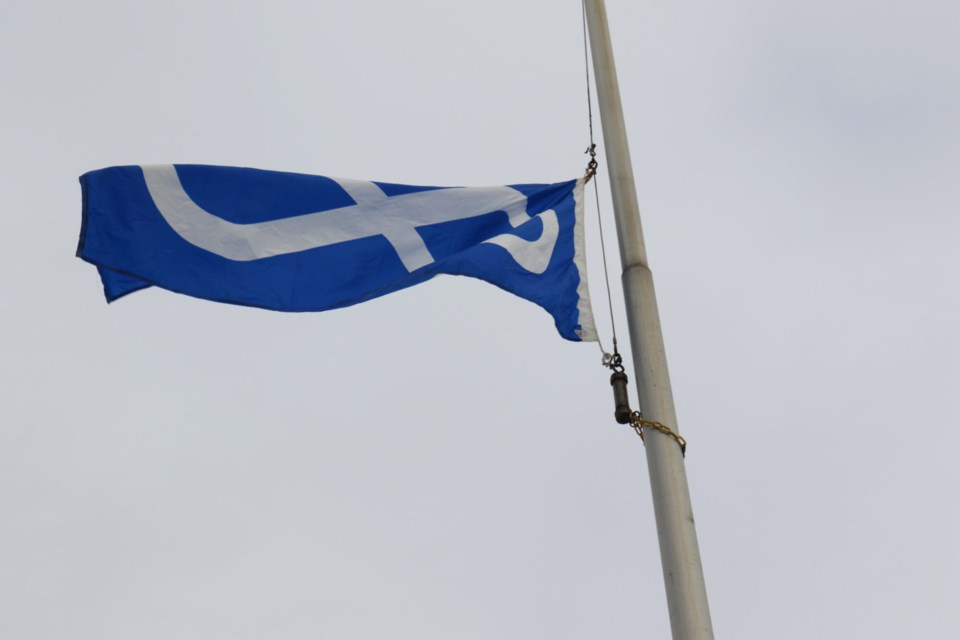 A Métis flag is raised at City Hall during Louis Riel Day celebrations in this file photo from November 2019. James Hopkin/SooToday

The regional government representing Métis communities in and around Sault Ste. Marie is commemorating the 17th anniversary of the Powley decision, which affirmed hunting rights for Métis people living in the region.

On Sept. 19, 2003, the Supreme Court of Canada ruled in favour of Steve and Roddy Powley, a father and son from Sault Ste. Marie who were acquitted of unlawfully harvesting a bull moose without a hunting licence. The court decision affirmed their Métis harvesting rights, which are protected under Section 35 of Canada’s Constitution Act.

“At that time, when Steve was first charged, right through to when the Supreme Court made their decision, it is often joked that the Métis couldn’t even get the parliamentary janitor to talk to us, never mind having the government respect us, our history or our rights,” said Mitch Case, region 4 councillor for the Provisional Council of the Métis Nation of Ontario, in a news release. “No one in government, and far too few in this country, wanted to acknowledge our existence – Powley changed all of that.”

“The Supreme Court recognition of our rights has been so important for our community,” said Kim Powley, president of the Historic Sault Ste. Marie Métis Council, via news release. “My father and brother did not set out to make history, they were simply trying to live their lives as Métis people as our family had always done. I sometimes wish it wasn’t called ‘Powley Day’ because it wasn’t about us, it was about our people and our collective rights. None of what was accomplished could have been done if the whole Nation had not come together, from the community volunteers, to MNO staff, lawyers and political leadership.”

“When Métis people come together, we can achieve great things.”

MNO Region 4 is encouraging Canadians and Ontarians to take some time Sept. 19 to learn about the Powley case and the history of the Métis in the Upper Great Lakes region.

“Powley Day is an important day for Métis people because it gives us an opportunity to celebrate the recognition of our right to hunt and fish, a practice reinforced by Steve and Roddy by hunting that day for their family,” said North Channel Métis Council President Yvonne Jensen via news release. It was a very proud day for all Métis people.”

A six-minute video on the Powley case, produced by the Métis Nation of Ontario, can be found here.