New bylaws will see an increase in membership dues and length of term for officers
Jan 13, 2020 4:25 PM By: Donna Schell 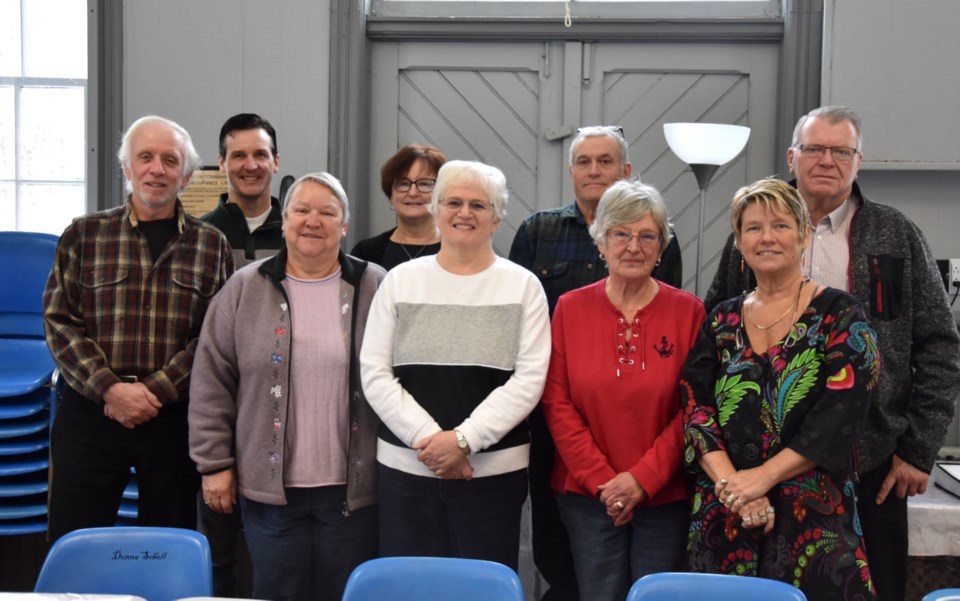 By-laws, election of directors, financial statement and continued identity confusion were among the issues addressed at the Annual General Meeting of the Matthews Memorial Hospital Association (MMHA) and its membership.

Before getting down to business MMHA chair Lavera Crack, asked the board of directors to provide the 14 members in attendance a brief snapshot of their involvement in the association and why they have remained.

Many described the support between the association and the community, how vital the hospital and clinic are to the catchment area, and the importance of continued fundraising efforts in physician recruitment and retention.

Numerous attempts have been made to clarify to the public the entity and role of each organization.

“It can get confusing,” Crack said.

Crack said the association has decided to draft a brochure outlining its role regarding the North Shore Health Network Matthews Site Richards Landing (hospital) and the BridgeLink Medical Clinic.

In the business portion, it was announced that doctors Guy Lupien and Albert Bellar, have told the association they will be leaving St. Joseph Island April 2021 and the association will have to find replacement doctors.

A full and detailed financial statement was not available at the time of the meeting.

A preliminary financial statement was provided outlining revenue and expenses for physician recruitment and retention for the fiscal year of Oct. 31, 2018 to Oct. 31, 2019.

The statement noted a total revenue of $72,823.38 which included municipal support, fund raising and cost recovery. In addition, support toward operating cost was received from Jocelyn Township and office space provided by St. Joseph Township.

The expenses totaled $55,627.58 which included the physician recruiter, support of a turnkey lease, and locum residence.

“Looking to fill the doctors’ shoes is going to be expensive,” said treasurer, Julie Gardiner.

BridgeLink Community Properties Chair, Albert Crowder, provided an update that included an overhaul to the Medical Clinic with the installation and replacement of two furnaces, and air conditioning unit, a hot water tank and transfer from oil to propane.

Two of three By-laws presented to the membership were approved and take effect immediately.

The first approved by-law will see the membership dues rise to $5, up from $1. Dues are paid on or before the AGM in which there is an election and a member is considered in good standing for two years.

The increase will generate an increase in monies for the association, said Wendy Robertson.

The association is also considering a membership drive in warmer weather.

The second By-law will see the election of officers held every two years beginning in 2021 and fall on odd numbered years.

Presently the Board of Directors, were elected every year. Often the board members just get acquainted with their roles when an election could see them voted out.

The AGM will still be held every year.  Charter states the AGM to be held within six months of the year end, October.

Eight of nine directors remain. Ann Bell, who dedicated seven years off and on with the association chose not to run. Bell wanted to spend more time on personal issues.

About the Author: Donna Schell

Donna Schell is a longtime St. Joseph Island resident and freelance journalist who has been covering the Island and surrounding area for nearly two decades.
Read more

Ontario extends emergency orders
Jul 9, 2020 7:44 AM
Comments
We welcome your feedback and encourage you to share your thoughts. We ask that you be respectful of others and their points of view, refrain from personal attacks and stay on topic. To learn about our commenting policies and how we moderate, please read our Community Guidelines.